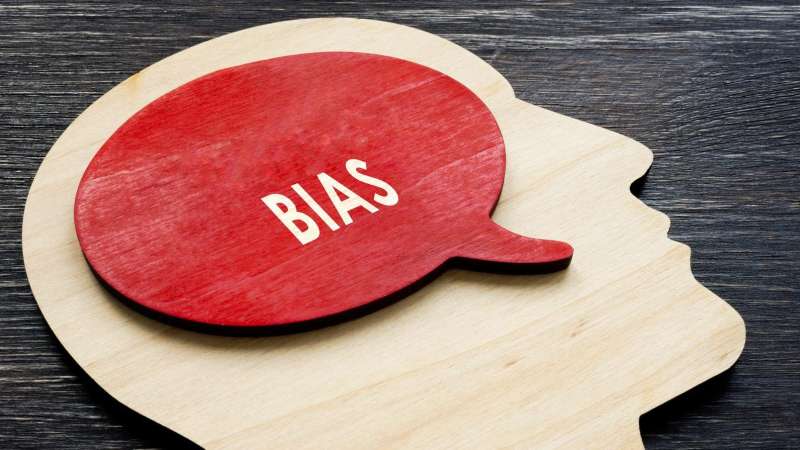 Do you want to maximize your abilities and take control of your life? Do you want to be the boss of your ambitions and do everything in your power to achieve huge success?

Then you must be extremely cautious in your thinking. More precisely, you should be very aware of your own biases.

How you interpret the world around you is determined by your biases. And if you allow the wrong bias to control you, you may face catastrophic consequences.

People may attempt to persuade you that your prejudices are justified. They are genuine. But that’s probably because they, too, have slipped into the trap of believing them.

5 Biases that are preventing you from reaching your full potential

So, before we go into the most frequent biases that can limit your full potential, it’s crucial to understand how to keep others from infiltrating your mind and modifying your ideas.

The most straightforward method is as follows:

When someone gives you an opinion on something, you should consider the following:

“Can you tell me who this person is?” Is he a winner? “What has he accomplished?”

That’s because you don’t want to listen to advice from those who haven’t achieved their full potential. If you do, you may find yourself in the same situation.

So, be cautious and seek advice only from people who have accomplished what you desire. People who are successful and open-minded, free of preconceptions and damaging beliefs.

Let’s look at the five most major biases that can prevent you from reaching your full potential. And here’s how you can stay out of their snares:

1. Money Is The Root Of All Evils – It Isn’t Possible To Buy Happiness With Money

This is a prevalent misunderstanding among the poor and middle classes. “Money should not be your primary goal since there are more important things in life,” they add.

There aren’t any more significant things in life than that. Some things are crucial. Certain things are unimportant.

And money falls within the first group. Everything in this category is significant. It’s impossible to say that one is more significant than the other.

Money, love, relationships, and health are all crucial factors to consider. However, none of them are more significant than the others. In reality, they’re all linked and interconnected.

When you see people who have a lot of money and are unhappy, it’s usually for reasons other than money.

It’s not the amount of money you have, but how you spend it that makes you happy. And how you prepare them.

Overall, money is necessary since it provides you with freedom. Money can be used to purchase better healthcare, education, and experiences such as traveling and seeing the world. You could never have these things if you didn’t have money.

If you want to live a happy and prosperous life, you will need money. The more money you have, the greater your freedom. However, if you believe that “money doesn’t buy happiness,” you won’t be able to make enough money.

You will not be able to make enough money because of your mental attitude. You will have more than you can fathom if you change your attitude toward money.

2. Allowing the past to shape your future

Many people believe that events in the past can influence and shape their future.

Worrying over what has happened in the past will not change what has already occurred. And reflecting on the past is a complete waste of time.

In reality, the past has the power to shape your future if you allow it. You will have a difficult time achieving your actual potential if you fall into the trap of allowing previous occurrences to control your future achievement.

Let’s say you have a cup of milk on hand. However, you drop the cup, and all of the milk spills into your kitchen sink. Will the milk be delivered again?

Not. And your only option is to go to the store and buy a new bottle of milk.

That’s just the way things go in life. Allowing previous events to influence your future is akin to trying to save milk that has already spilled down the drain.

3. Never Having Second Thoughts About What You Hear Frequently

Most individuals genuinely assume something because a large number of other people believe it as well. The more often people hear anything, the more likely it is that they will believe and accept it. The “illusory truth effect” is the name for this phenomenon.

Embracing things without question or critical judgment, on the other hand, is dumb.

4. The mere fact that a large number of people believe something does not imply that it is true

This is also known as the Bandwagon Effect and is quite similar to the prior bias. You’ll probably believe that if you listen to 50 people who say money is the cause of all evils. Can you see how this inhibits your ability to achieve your goals?

The idea that the majority of people think something does not necessarily imply that it is correct. Humans, unfortunately, have a proclivity for “herd behavior.” Whatever the majority accepts, each individual accepts as well.

This group of people is known as a herd. When the herd is heading toward a cliff, the one moving the other way appears insane.

Most people dislike stepping outside of their comfort zone or making drastic adjustments.

This holds for our views as well. When our views are questioned, we do not change our minds to absorb the new facts.

The majority of us do the polar opposite. External knowledge that contradicts our beliefs causes us to feel defensive. And the contradictory evidence only confirms our preconceptions.

But what if you’re mistaken? What if your assumptions are incorrect? Then you’re squandering a big opportunity for advancement and personal development.

For what purpose? You don’t want to bruise your ego because you’re terrified of change.

The best course of action is to apply your critical thinking skills once more. Make an effort to learn more about the facts. Examine the opposing evidence to see whether there is even a smidgeon of truth in it. And you might be astonished at how much new information you will gain.

Nobody knows everything. As a result, you should always try to see if each circumstance can teach you something new.

If you don’t, you risk stunting your personal development. This is something you don’t want to happen. Make sure you’re not sabotaging your success. Always keep an open mind and apply your critical sense. Put your personal feelings aside and always give it your all.