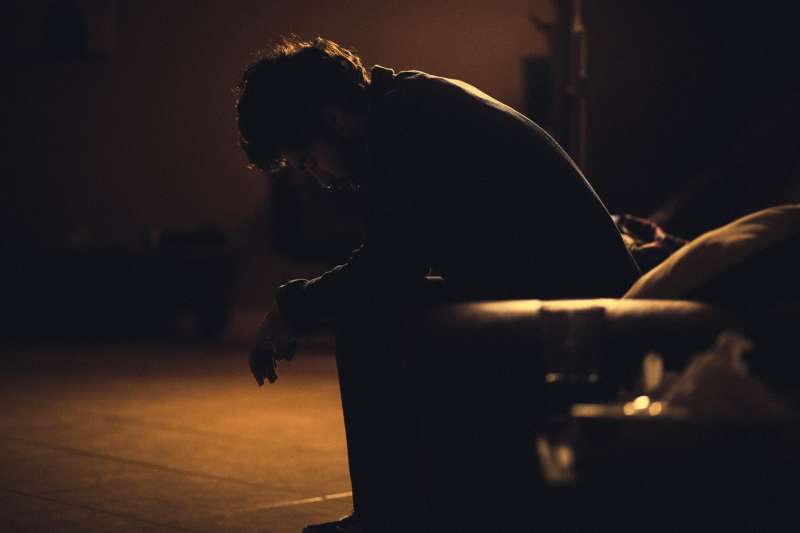 Signs of Depression and How to Avoid Them

Recognizing that we are going into depression is challenging, as many symptoms of this disease, considered one of the most disabling in the world by the WHO (World Health Organization), are confused with persistent sadness.

Self-diagnosis, however, is a fundamental first step, since it is from there that we understand how much we need the support of loved ones and psychological guidance to treat the disorder.

Want to know how to find out if you’re going into depression? So check out the 8 signs that we have separated for you to understand everything behind this disease.

Millions of people  suffer from depression, whose origin lies in changes in the brain’s neurotransmitters (such as serotonin, norepinephrine, and dopamine), but also in different situations, such as:

All of this can create a debilitating condition that is difficult to get rid of without help. So learn to identify the signs that you are going into depression:

When one’s routine is built on unpleasant occurrences, it’s difficult to maintain motivation, while depression makes even delightful activities mundane.

Activities are replaced by times of inactivity as a result, and isolation becomes the best company. If the shift in behavior can’t be explained, it’s best to get professional help to figure out what’s going on.

2. Sadness that never goes away

According to experts, the frequency and severity of the sensation distinguish habitual sadness from depression: if it lasts for more than 15 days without a break, melancholy may be diagnosed.

However, the source of this helplessness must be investigated. First, having an open conversation with trusted people can help with the quest for an explanation, but diagnostic and psychiatric assistance is critical in this process.

A shift in mood, not just melancholy, but also that continual irritability, in which everything becomes a source of frustration and occasionally aggressive behaviors, can be an indication that needs to be addressed.

In a depressed person, sleeping too much (or too little) and feeling none (or too hungry) are common symptoms.

It’s crucial to consider whether there’s a telling cause for this – anxiety disorders, for example, can affect the quality of appetite and sleep — or if these issues have occurred in conjunction with the other indicators we’ve mentioned.

4. Aches in the body

Depression indirectly impacts the body in addition to the psychological indications, resulting in generalized suffering in pain or dysfunction, such as:

Colic, diarrhea, heartburn; chest pressure; headaches are all symptoms of tension in the muscles, shoulders, and neck.

Many people overlook physical symptoms because they have an indirect association with the condition, although they can aid in diagnosis.

Interest in activities, especially things that the person enjoyed, fades over time. Everything loses its flavor and pleasure, and every pleasurable action, even sexual activity, loses its appeal.

When you gradually realize that you don’t want to participate in family meetings, social events, or family life, even with your closest friends, a small red light flashes on, resulting in a lonely life with more limited social contacts.

And a lonely life is settling in, to the point that it may become impossible to leave the house.

That impression of being vacant, having trouble concentrating, indecision, and paying attention. Sometimes one’s thoughts become perplexing, making it harder to make decisions in stressful situations.

8. Guilty feelings and a loss of self-esteem

Another indicator of depression is the negative inner monologue that tells you that you are unimportant, incapable, and worthless.

That sense that “life has no meaning,” that “no one cares about you,” that you are a “weight in other people’s lives,” and that “anything that goes wrong is your responsibility.”

How Is a Diagnosis Made?

There are dozens of symptoms that can help you detect the disease, but doctors agree that the depressive disorder is best diagnosed when at least 5 of them are present – and not all indicators are visible at the same time.

Heartburn, for example, is not a sign of depression that affects everyone.

That is why self-awareness is so important in determining whether or not we are depressed. It is critical to recognize the sudden behavioral shift to seek help. The assistance of a psychologist is critical in this process for the identification and administration of an effective treatment.

Working to identify the mental factors that cause these changes in one’s behavior is an important step in ensuring that a person is not held hostage by their own emotions, but instead learns to deal with and face everyday challenges assertively, as well being able to detect depression sooner.

It’s important to remember that disregarding the symptoms — as well as the sickness itself — will not make them go away. On the contrary, there is a considerable risk of the disease developing, leading to major issues including persistent depression and growing melancholy – which can lead to feelings of helplessness, morbid thoughts, and even suicide.

It’s important to remember that, like any disease, depression has a cure. However, prevention is still the best medicine.

Several losses arising from the debilitating state that depressive illness can bring to the individual and their social life can be prevented if identified and managed effectively.

The importance of mental health care in the prevention of depression cannot be overstated.

Speak to a psychologist if you suspect you’re going through a depressive episode or if you observe someone in your family displaying these symptoms.