Home » Get Motivated » Lifestyle » How to Deal With Intrusive Thoughts 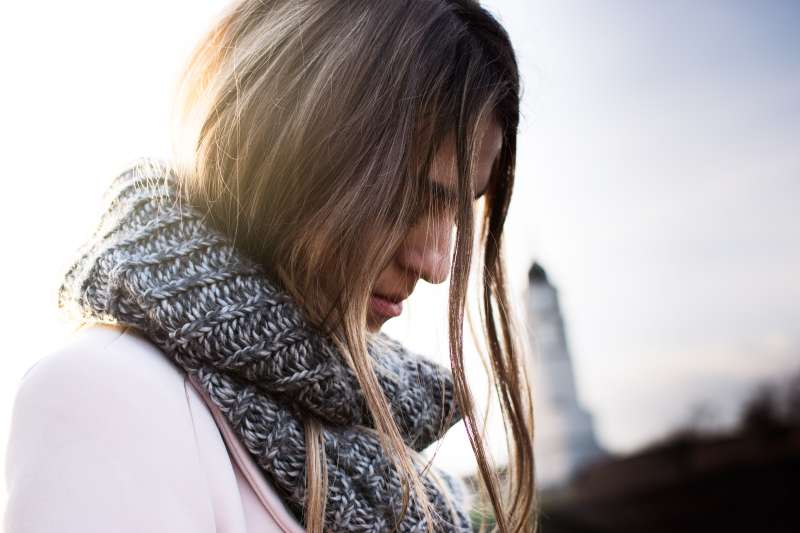 Intrusive thoughts seem to seem like an inexplicable phenomenon or, at the very least, have unthinkable explanations for most people.

You’re working and suddenly a catastrophic thought pops up and you’re worried. Or you’re at home doing the housework as usual when, without explanation, a negative daydream pops into your mind. It even seems that you are not in control of your thoughts!

Those who have intrusive thoughts are usually ashamed of it, therefore, they put themselves in a position of silent suffering. However, there is an explanation for the disturbance caused by this type of daydream, as well as ways to deal with them.

What are Intrusive Thoughts?

These are unwanted thoughts that can pop into our minds without any warning. They are often unpleasant, stressful, and even violent. It is common for the same scenario to appear, again and again, causing emotional upset.

When you have a latent concern, such as your children’s well-being or your professional career, you are often involved in daydreams. Likewise, thoughts of this type may involve conduct considered unacceptable or inappropriate by the individual.

Another reason these thoughts result in so much suffering is that they are the opposite of what people want and intend to do. This contrast shocks most people and leaves them worried about their moral compass.

Although unpleasant, these daydreams are just daydreams. They are not bad omens or warnings from the subconscious, as some might think. They normally cause anxiety, stress, and fear, but in reality, they have no power over your life.

How to Deal with Intrusive Thoughts?

Living with these unpleasant thoughts inevitably triggers stress, frustration, and anxiety. They can make people afraid of themselves. After all, would they be able to act from certain thoughts, especially violent ones? What is the meaning of these terrifying daydreams?

These thoughts have nothing to do with the character or personality of the one who has them. They can either be a reflection of trauma that has left deep scars or be unrelated to any aspect of the person’s life. That is, sometimes they don’t even have a deep meaning!

So you don’t have to live with intrusive thoughts. There are several treatment options available to get rid of them and things you can do every day to fight them.

Keep in mind, however, that the process of getting rid of them can be lengthy. Some people report strengthening these daydreams when they make attempts to fight them. This characteristic is common and should not be interpreted as strange. That doesn’t mean you’re abnormal or incapable of being ‘cured’, okay?

Also, there are correct ways to deal with them. In the eagerness to remove the thought that arouses discomfort, people end up making them more frequent and feeding their anxiety.

Cognitive Behavioral Therapy (CBT) is the most suitable for treating dysfunctional thought patterns. During meetings with the psychologist, patients learn to manage their thoughts efficiently.

This is done in several ways: understanding the mechanism behind unwanted daydreams, identifying how they reflect on behavior and emotions, and replacing negative patterns with positive ones.

The psychologist will also be able to expose patients to emotional triggers so that patients develop healthier responses to them.

It is not recommended to perform this technique in an uncontrolled environment, as it can cause a lot of suffering, intensify memories of the trauma, and/or worsen symptoms of mental disorders. The psychologist’s participation is essential to trigger positive results.

Other emotional problems that can encourage intrusive thoughts are also identified in therapy, such as lack of self-esteem, insecurity, rejection complex, excessive fear of a certain situation, among others.

The patient gains confidence in the course of consultations to control their intrusive thoughts and emotions, as well as understanding how they have nothing to do with their character and true beliefs.

2. Accept the Presence of Thought

People’s first reaction is usually to push the thought away as quickly as possible. Because they arouse anxiety, fear, and doubt, this attitude may seem like the most logical solution to the problem.

But actually, pretending those thoughts don’t exist or trying to push them away right away is not the right way to deal with them. In addition to accentuating negative emotions, doing so can encourage behavioral changes, such as avoiding certain situations and places, withdrawing from day-to-day activities, and brooding over thoughts.

As difficult as it may seem, you need to accept that you had that thought. Denial always makes everything more complicated.

Acknowledge what is happening and suppress any judgments about yourself or the quality of your daydreams. Only then will you be able to get into a healthy proactive mindset and deal with the situation.

After accepting the intrusive thought, you can start a positive mental conversation with yourself.

You may tell yourself that you had an unwanted daydream, but it is just that: a daydream. Having this thought does not mean that you will act the way you imagined or that there is something malicious inside you.

Likewise, if invading thoughts start saying bad things about you, accept them and debunk them, as if you were confronting someone else. Say positive things about yourself, in addition to highlighting your qualities and achievements.

So imagine yourself achieving your goals and living the life of your dreams. If you are about to have a difficult conversation or go through a difficult situation, imagine the best possible scenarios.

You can rehearse what to say and how to act in these circumstances, but don’t get too attached to the script. This exercise is intended to boost your confidence and combat worry. It’s okay if reality doesn’t go as planned, okay?

We are the ones who are in control of our thoughts and not the other way around. So replace shame and fear with positive affirmations and hopeful scenarios. If you have difficulty, don’t worry. Look for a professional to help you change your way of thinking.