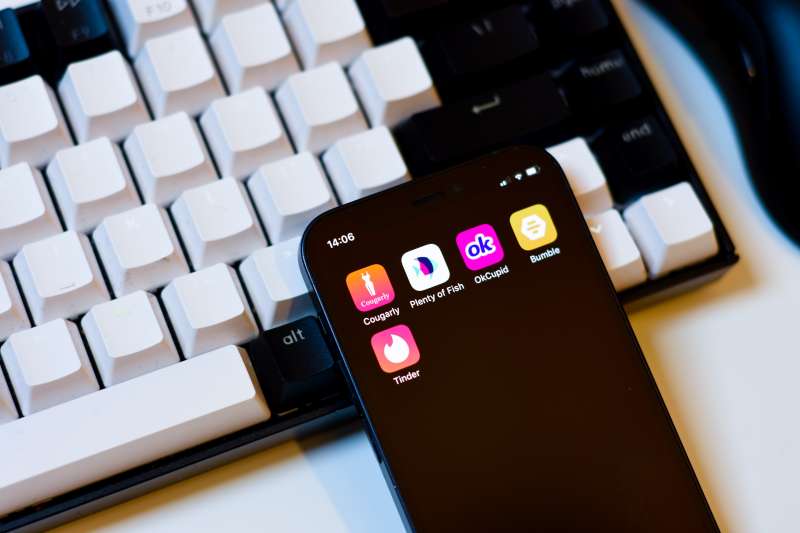 There’s been a lot of conversation about online romance scams since the Netflix movies “Bad Vegan” and “The Tinder Swindler” attracted the attention of streaming viewers, and there’s been a lot of inquiries about how to prevent getting swindled while meeting people online.

Former famous restaurateur Sarma Melngailis’ fall from grace is chronicled in the docuseries “Bad Vegan,” which follows her relationship with Anthony Strangis, whom she met on Twitter and later married. Strangis allegedly promised his wife that if she cleared a series of tests, including moving enormous quantities of money from the restaurant to him, he would be able to make her beloved pet dog live forever, among other bizarre claims.

The Tinder Swindler” relates the story of Shimon Hayut, also called Simon Leviev, a con artist who allegedly used Tinder to meet the ladies he would later scam of millions of dollars. Hayut pretended to be the son of a wealthy diamond mogul and courted his victims with high-end dates before actually persuading them to lend him money by claiming he was in danger and couldn’t use his credit cards for “security reasons.” Since then, he’s been barred from Tinder and several other dating apps and websites.

Read on if these documentaries have left you apprehensive of the people you meet online when hunting for love. Below we discuss what red signs to look for and what to do if you match with them.

Individuals who come on too powerful should be avoided. Someone who lavishes you with over-the-top displays of affection and professions of love early in a relationship could be love-bombing you to deceive you. Expensive trips, rich presents, or over-the-top demonstrations of adoration could all be used to catch you off guard.

All relationships will go through a honeymoon period, however, if you think your spouse is ‘too good to be true,’ they most likely are.

After luring you in with all of the care, presents, and accolades, a love bomber will rip the rug out from under you.

2. They Have No Digital Footprint

Is there yet another red flag? The individual has little to no internet presence: no social media accounts (or accounts that were launched recently), no LinkedIn profile, and no reference of them in a local newspaper or on their company’s website. Yes, some individuals are more discreet online, however, if you can’t locate any evidence of them, that may be cause for alarm.

You should be suspicious if the information someone gave you on an app differs from what they told you via text or somewhere else. When someone is lying, they can lose track of what they’ve said to you previously, making it difficult to keep track of their story. Or, if they’re eager for your attention, they’ll just say whatever they believe you want to hear. Maybe they said they didn’t watch movies at first, however, in a new conversation, they are telling you they have cinema tickets to watch all DC Comics movies.

4. They Can Be Evasive About Their Own Life

This could include failing to answer your inquiries, failing to include you in their lives, or restricting the hours spent with you.

It’s worth noting that not all people who are generally elusive are scammers, however, if the person you’re seeing or in a relationship with is seldom present, never had introduced you to their acquaintances, or avoids mentioning their employment, it’s something to think about. It’s time to ask why if you know next to nothing about their existence.

5. They Refuse to Video Chat or Meet Up With You Physically

Fraudsters may say that their phone’s or laptop’s camera is damaged, or that they’re working in another country or traveling to regions with poor internet or mobile service. When you propose a video chat or a face-to-face meeting, they become evasive and will make any reason to avoid it because they don’t want to expose their disguise.

6. They Ask a Lot of Questions Related to Your Finances

Be conscious of the topics they usually bring up, particularly early on in the relationship. Do they appear to be excessively materialistic? Is it more important to them to learn about your financial condition than to get to know you as a person? That could indicate that they’re looking for someone to con.

You might be interacting with a scammer if you see a possible partner asking inquiries like what sort of car you drive or your financial situation – anything that feels like they’re digging to see if you have lots of disposable income.

7. They Ask You for Money

This may appear to some as an obvious red sign. When you believe you’ve formed an emotional bond with someone, however, you’re more likely to give in to their desires. We have a natural desire to serve others, especially those we care about. Fraudsters will take advantage of your generosity.

Conmen will frequently fabricate a story about an urgent problem they’ve encountered that demands you to deliver money as soon as feasible.

Resist the temptation to accuse them of being con artists; a clash like this could result in intimidation. Rather, stop communicating with them right away and report them to the matchmaking app or website where you met them.

Inform the platform of your concerns and leave the investigation to them.

Experts also recommend unfriending them or barring them on social media networks so they can’t contact you.

Moving Forward, How Can You Protect Yourself?

Keep the amount of sensitive data you post on your dating profiles to a minimum (and online in general). Stick to the essentials.

Do your study before connecting with a possible love interest. Look up their name, conduct a reverse image search of their profile images, look at their social media profiles, and if they have any corporate pages, look them up. Examine the specifics to see if they correspond to what it is they’re telling you.

Speaking to a trustworthy mate about your new love interest is also a good idea, according to experts. If they are concerned, it could be a major red flag.

After all said and done, it’s critical to be cognizant of red flags without allowing your fear of being scammed to prevent you from seeking love.