Home » Timeless » Travel » 11 Best Things to Do in Barcelona 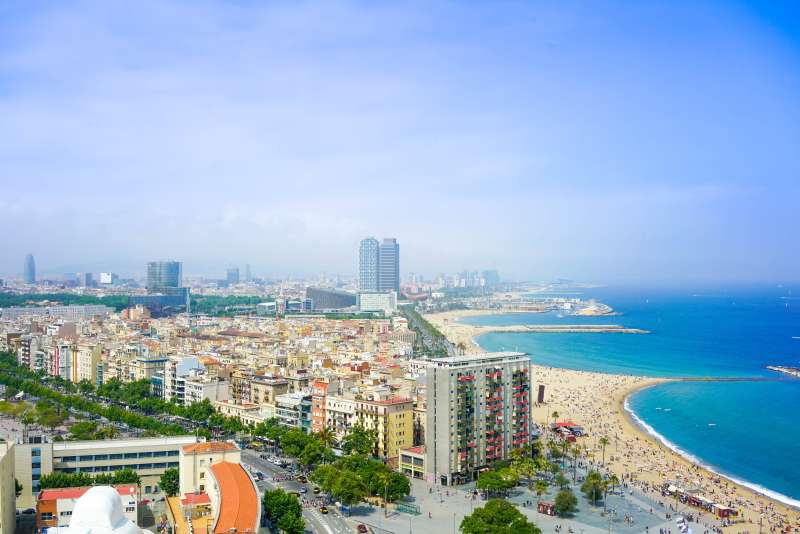 Welcome to one of the most visited, lively, and attractive cities in Spain. The list of places to see in Barcelona has everything you need to make your visit to Barcelona unforgettable. Monuments declared World Heritage Sites, charming neighborhoods, important museums, and a lot of art are some of the things you should not miss.

We start with one of the most important monuments in Barcelona, ​​the Sagrada Familia. A spectacular basilica designed by Antonio Gaudí. It began to be built in 1882 and is still unfinished. It reflects the artistic plenitude of Gaudí, who dedicated a large part of his career to designing it. To save time and be able to fully enjoy your visit to Barcelona, ​​we recommend that you buy your tickets in advance.

One of the nerve centers of the city is the beautiful Gothic Quarter. In it, you can enjoy medieval streets, alleys, and squares full of monuments and unique corners. Some of the most important ones that you should visit are Barcelona Cathedral, Plaza del Rey, Plaza de Sant Jaume, where the Generalitat and Barcelona City Hall are located; the Puente del Obispo, the Plaza del Pi, the Petrixol street, and the Plaza Real, among others. It is one of the best neighborhoods to see in Barcelona.

3. The Cathedral of the Sea

Located in the La Ribera neighborhood, the Catedral del Mar is another of the most essential monuments to see in Barcelona. Despite being known as the “Cathedral of the Sea”, it is a spectacular Gothic-style basilica that was built in the 14th century. In addition, discovering its interior is one of the essential things to do in Barcelona

4. The Cathedral of Barcelona

In the heart of the Gothic Quarter, we find the Metropolitan Cathedral of Santa Cruz and Santa Eulalia. It is a beautiful Gothic temple built between the 13th and 15th centuries. Its spectacular façade is also Gothic in style but was built during the 19th century. We agree with Barceló Experiences that, without a doubt, this Gothic jewel is one of the essential things to see in Barcelona.

Located in the upper part of the city, at the foot of the Serra de Collserola, is the Park Güell, one of the most famous and visited in Barcelona. It is a park designed by Antonio Gaudí and which, along with other works by the Catalan architect, has been declared a World Heritage Site. It is made up of capriciously shaped constructions covered in colorful ceramic mosaics. In addition, from its highest part, you can enjoy wonderful views of the entire park and the city. To avoid queues and ensure your visit to this essential thing to see in Barcelona, ​​we recommend you buy your tickets in advance.

The Serra de Collserola is another of the best places to see in Barcelona. A beautiful natural space where you can enjoy fantastic spaces to walk through, wonderful viewpoints from which to look out over the city, and where you can find the oldest working amusement park in Spain, Tibidabo. On the park’s official website you can find more information about what to do in Collserola.

Casa Milà, together with other works by Antonio Gaudí, is one of the 48 places declared a World Heritage Site in Spain. It is a modernist building located on Paseo de Gracia and is popularly known as “La Pedrera”. Cultural activities of all kinds are held here, so we recommend that you buy tickets and check the agenda before visiting Barcelona to find out about its schedule.

Casa Batlló is another of Antonio Gaudí ‘s works declared a World Heritage Site by UNESCO. In addition, like Casa Milà, it is also located on Paseo de Gracia, so you must already assume that walking this promenade is another essential thing to see in Barcelona. It is a beautiful modernist building inspired by organic forms of nature.

Other essential things to see in Barcelona are its markets. Among the many that exist in the city, La Boquería, Sant Antoni and Santa Caterina stand out, without a doubt, as the three best known, emblematic, and visited in the city. In them, in addition to being able to buy the products that are sold, you can enjoy knowing their architecture and breathing their essence.

The Picasso Museum is one of the most visited in the city. Its permanent collection contains 4,251 works by the painter from Malaga. A large number of these works come from the artist’s formative years. In addition, you can also enjoy a wide collection of engravings and works from other periods.

The Pedralbes Monastery is one of the best religious monuments to see in Barcelona. Both its cloister and its church are two of the best examples of the Catalan Gothic style. The cloister is one of the largest in the Gothic style in the world. Another of its most important points, and that you cannot miss during your visit, is the chapel of Sant Miguel, where you can see precious pictorial works.