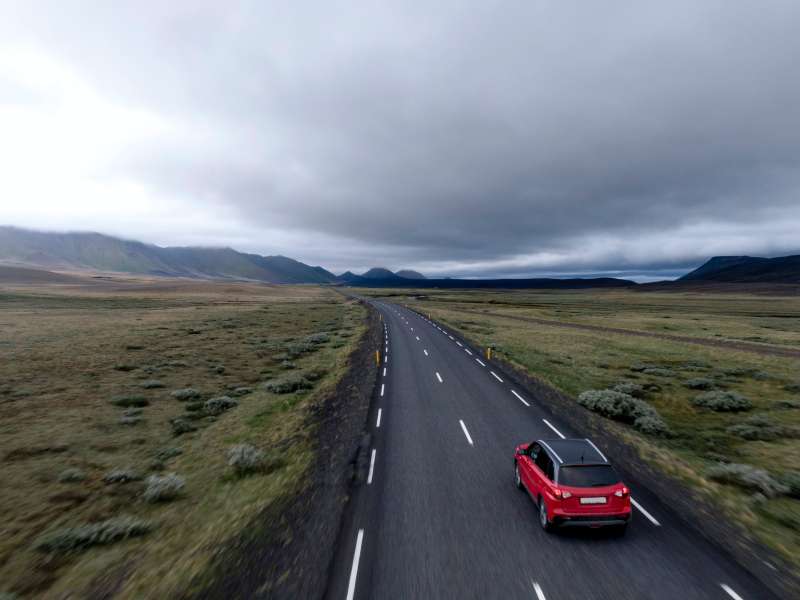 A road trip can be a means of getting to a destination, or it can be the destination itself. The scenery that would vanish if you flew over it or blur if you were passing by on a train is now yours to admire at your leisure. Take your time on Europe road vacations and appreciate the journey as much as the destination.

Having a car allows you to stop wherever and whenever you choose, allowing you to discover those off-the-beaten-path gems that make a trip truly unforgettable. My personal favorite way to do a road trip is to spend time at a destination before adding a day or two of driving to the plan. Perhaps you’d prefer to spend your entire holiday driving, stopping for a night or two at one location before continuing to the next.

There are a few things to consider before embarking on a European road trip. The major automobile rental firms (Avis, Hertz, and Budget) have pick-up outlets at airports, near train stations, and in various downtown areas.

The majority of European cars have manual gearboxes, but automated transmissions are available at a premium cost that is likely justified. You don’t need another item to think about as you negotiate unfamiliar roads unless you’re very experienced with changing. This is especially true in the United Kingdom, where cars are driven on the right side of the road and you ride on the left. Putting a manual shift to the equation is too much for most of our minds to manage.

Here are some suggestions to get you started on your own Europe road trip. A few days at either end (or anywhere in the middle) can be added to the itineraries, and many can be completed in a day or two from major European cities.

This is your time to drive the legendary Autobahn, which will take you roughly six hours to complete one way, depending on your speed. On the A-10 south of Berlin, you have the option of driving straight through or stopping along the way. Speed limits do exist in some zones, contrary to popular belief, and they are shown on electronic signs that can be modified based on traffic or weather. Speed limits are only suggestions in other places. Keep to the right; the left lane is primarily used for passing. That car hovering on your rear bumper with flashing headlights will most likely be your cue to get out of the way of a speedier car. Leipzig would be an excellent stopping point and a good place to stay the night. It’s a mix of old and new, with fantastic food, and it’s home to art, music, and culture. Explore the ancient architecture, restaurants, and beer gardens of Munich, Bavaria’s capital, for at least a day. Consider taking a picturesque journey north along A-13 and A-93 with a stop in Dresden, which is home to art museums and a recreated old town following World War II devastation. Spend a few days in Berlin, Germany’s capital, at the beginning and finish of your journey. A trip to the infamous Berlin Wall’s ruins and the 18th-century Brandenburg Gate should be on your list.

Spend a couple of days in Edinburgh soaking up the history, exploring the historic alleyways, walking up to the renowned Edinburgh Castle at the top of the Royal Mile, and admiring the city from Holyrood Park’s highest point, Arthur’s Seat. When it’s time to leave for your journey through the Scottish Highlands, take Route M-9 and A-82 northwest through green hills and craggy peaks, passing waterfalls and streams all the way to Fort William.

You’ll pass through Helix Park and The Kelpies, the world’s largest horse sculptures, on your journey to Fort William, where you’ll be able to see Ben Nevis, Britain’s highest mountain, after about three to four hours. It’s time for lunch at one of the town’s restaurants or cafes, with some warm Cullen skink, Scotland’s famed fish soup.

After there, take Route A-82 along the eastern shore of Loch Ness to Inverness. Allow almost two hours for this leg of your journey. You’ll want to take shots of the beautiful surroundings, and you’ll also want to be ready to take images if Nessie appears.

Before returning to Edinburgh or continuing on to your next adventure in Scotland, you’ll want to stop at Inverness.

3. Paris to Strasbourg and the Alsace Wine Route

If you can pull yourself aside from the Eiffel Tower vistas and morning croissants after a few days in Paris, a trip into the countryside could be a good contrast. Consider spending a night in or near Strasbourg before exploring the wine area if you have time for a two- or three-day excursion. The journey from Paris to Strasbourg takes about five hours, but you’ll want to stop along the way on both ends, especially if you’re taking the Alsace Wine Route.

Reims, about two hours east of Paris on Route A-4, is recognized for its spectacular Gothic cathedral as well as its role as the heart of the Champagne region of France. Again after two hours or so of driving, you’ll arrive in Metz, which also has a gorgeous cathedral, Saint-Etienne, which is one of Europe’s largest Gothic structures. Strasbourg is still about three hours away, so if you’ve driven long enough, you’ll have plenty of options for accommodation in this picturesque city nestled between the Moselle and Seille Rivers. After a long day on the road, a relaxed meal and a stroll by the river would be ideal.

The next day, it’s off to Strasbourg for a winery tour of all or part of the route. Visit vineyards, medieval castles, and charming villages. You might want to extend your Alsace adventure with a peaceful night in historic and picturesque Colmar before returning to Paris, especially after a day in wine country. After a five-hour drive, you may be back in Paris the next morning with an early start.

Travel south along the coast from Barcelona. After an hour or so of taking in the sights of the Mediterranean and stopping to take a few photos, you’ll arrive in Tarragona, a port city. The ruins of the Forum, featuring a second-century amphitheater, Roman graves, and the remains of the Forum, are among the highlights. Beaches, seafood restaurants, and the ancient Old Town make it a terrific destination.

Proceed south on AP-7, going through medieval towns that invite you to stop, take in the scenery, and, of course, snap photos. Peniscola is famous for its thirteenth-century fortress, which for many years played a major role in Christianity. From its high point above the beaches, the walled city provides steep streets and beautiful coastline views.

Valencia, the ideal halfway point and an intriguing place to spend the night will most likely be your next stop. Valencia’s City of Arts and Sciences, with its contemporary structures and installations, will be an incredible contrast after a day of visiting medieval cities. There’s plenty to see and do in Valencia, both ancient and new, and the city is known for its paella.

The A-92 highway connects Valencia with Granada, which is notable for its medieval and Moorish architecture, notably the magnificent Alhambra. Málaga, with its beaches and a mix of Renaissance, Moorish, and modern architecture, is only a few miles away.

After you’ve had your fill of Palermo’s cuisine, art, architecture, culture, and people, take Route A-20 east along Sicily’s northern coast to Messina, the island’s closest point to the mainland. Stop in Cefalù, a coastal town about an hour away, on the way. If the weather is good, it’s a terrific place to take a dip in the Mediterranean, and if you become hungry, the cafes facing the beach serve pizza, pasta, and other dishes.

After around two hours of driving from Cefalù, you’ll arrive in Messina with unrivaled views of the Mediterranean. Take some time to stroll through the ancient city, noting the cathedral and the unusual bell tower, which is considered to be the world’s largest astronomical clock. In this city flanked by the Mediterranean and Ionian seas, seafood is the highlight, so if it’s time to eat, order some fresh fish.

After another hour of driving, you’ll arrive at Taormina, a hilltop city with views of the sea, cobblestone streets, and a warm welcome. Stop for cannoli or gelato, then join the residents on their evening passeggiata along the Corso to watch Mt. Etna spew smoke into the sky. Explore the ancient Greek theater in the morning, which is still utilized for concerts and events.

Take A-18 south from Taormina for an hour to Catania, where the area’s primary airport is located. There’s a lot to see in this ancient port city, and if you have the time, you should go. Siracusa, with its ancient roots, Greek remains, medieval buildings, and the charming island of Ortygia, where We recommend you stay, is approximately an hour away. This will allow you to see the beautiful Piazza Duomo at night, have a glass of prosecco, and unwind after a long day on the road.