Home » Timeless » Travel » 7 Best Things to Do for Free in Louisville, Kentucky 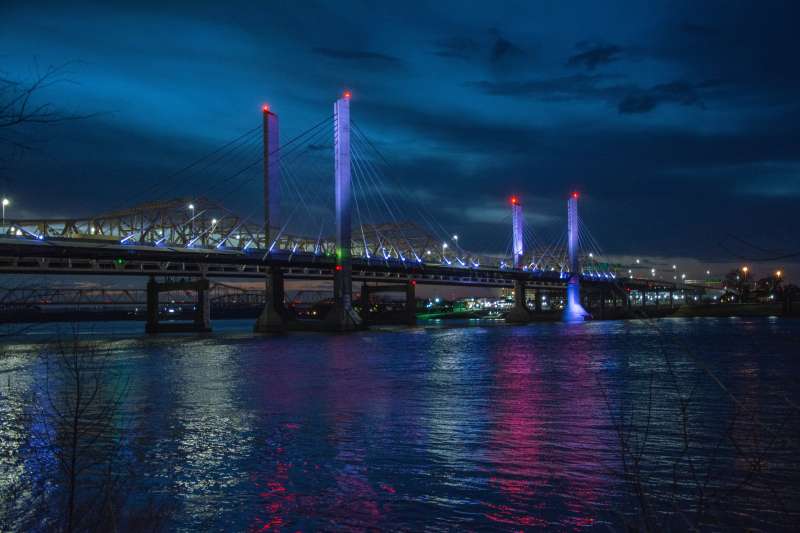 Louisville, Kentucky’s largest city, is located along the Indiana border on the Ohio River. It’s a historically significant city, famous for the annual Kentucky Derby horse event. People dress up in extravagant hats and fancy costumes to see world-class racehorses compete at Churchill Downs every spring. Even if you’re not a gambler, you may enjoy a trip to Louisville on a tight budget. Walking through Victorian mansions, learning how bourbon is created, seeing a Catholic church, and crossing the lit Big Four Bridge are just a few of the free things to see and do. And when you’re done, you’ll still have money left over for dining out because your attractions were free.

1. See the Mansions in Old Louisville

The collection of historic mansions in Old Louisville matches that of Newport, Rhode Island. Despite this, Louisville has the biggest contiguous collection of mansions in the United States. Walk the 45 blocks to observe a variety of architectural styles in 19th-century mansions. Plan your visit to Old Louisville around one of the city’s cultural events, such as the Kentucky Shakespeare Festival, the St. James Court Art Show, the Garvin Gate Blues Festival, SpringFest, Old Louisville LIVE, the Hidden Treasures Garden Tour, or the magnificent Mansions and Holiday Home Tour. Before you travel, stop by the Visitor’s Center in Central Park in Old Louisville to get some information.

The largest and most important swimming pool and splash park in Louisville are located at E.P. “Tom” Sawyer State Park. But that isn’t all it has to offer. Just beyond the city limits, this 554-acre park features undulating farms and nature trails. Trek the Goose Creek Nature Trail, join an interpreter-led hike, or attend a family-friendly educational program, then relax poolside while the youngsters splash around in the splash park. A Supercross BMX track, one of only six in the country, is also located at the park. You may either watch the bikers or, for the more daring, take a lap around the course.

3. Take a Tour of the Cathedral of the Assumption

The Cathedral of the Assumption, Louisville’s mother of Roman Catholic cathedrals, was completed in 1852 and extensively rebuilt in 1994 after nearly a century of neglect. This church now seats 966 people for masses and ceremonies and is a sight to behold for anybody interested in historical architecture. The baptism immersion pool, made of red granite, bronze, and marble from the initial communion rail, the stained-glass Coronation Window, one of the oldest American-made stained-glass windows, and a jeweled ceiling fresco depicting cherubs that were arduously regained during the church’s overhaul, are just a few of the highlights. Monday through Friday, a noon mass is held for visitors. Saturday Masses are at 5:30 p.m., and Sunday Masses are at 9:30 a.m., noon, and 5:30 p.m.

4. Check Out the Art at the 21c Museum Hotel

One of Louisville’s most intriguing downtown hotels is the 21c Museum Hotel. Laura Lee Brown and Steve Wilson, preservationists and modern art collectors, created a hotel, an art gallery, and a restaurant all in one. You’ll have to pay to stay in the posh hotel or dine at the award-winning Proof on Main restaurant, but the museum section’s exhibitions are free. The 9,000 square-foot building is divided into five different 19th-century warehouses, with ever-changing and intriguing exhibitions. The golden replica of Michelangelo’s “David” that rests outside is difficult to miss, as it is twice as large as the original in Florence.

5. Visit the Home of Jim Beam

A visit to the Jim Beam American Stillhouse allows you to learn about the production and history of bourbon, one of Kentucky’s most famous products. The original Jim Beam distillery and mansion are located in Clermont, some 30 minutes outside of downtown Louisville, but well worth the trip for spirits fans. You can watch a movie on the Beam family’s history, observe the bourbon-making process up close, and learn how the brand’s bottle art has evolved. The best part is that the activities are free, however, you may want to buy a bottle of this legendary bourbon to take home.

6. Get in Touch With Nature

The Beargrass Creek State Nature Preserve, its famed butterfly and dragonfly gardens, and many wildlife exhibits can all be found at the Louisville Nature Center. The Beargrass Creek State Nature Preserve is a wonderful place to get away from the city. This 41-acre urban forest is right in the heart of Louisville and easily accessible from downtown, allowing you to take in the natural beauty of the Bluegrass State without having to travel far. Take a walk along the park’s trails and take in the sights of the many gardens. Families can also participate in free educational activities geared toward children in the museum’s indoor area.

7. Visit the American Printing House for the Blind

At the American Printing House Museum, learn about the history of blind education in America. The museum, as well as guided tours of the plant, are both free of charge. Unlike most museums, where visitors are discouraged from touching exhibits, visitors to this museum are invited to touch the blind displays to better understand the lives of blind and visually impaired individuals. The museum sits on the grounds of the Kentucky School for the Blind, a Louisville-based educational institution that has been serving the blind community since 1839.