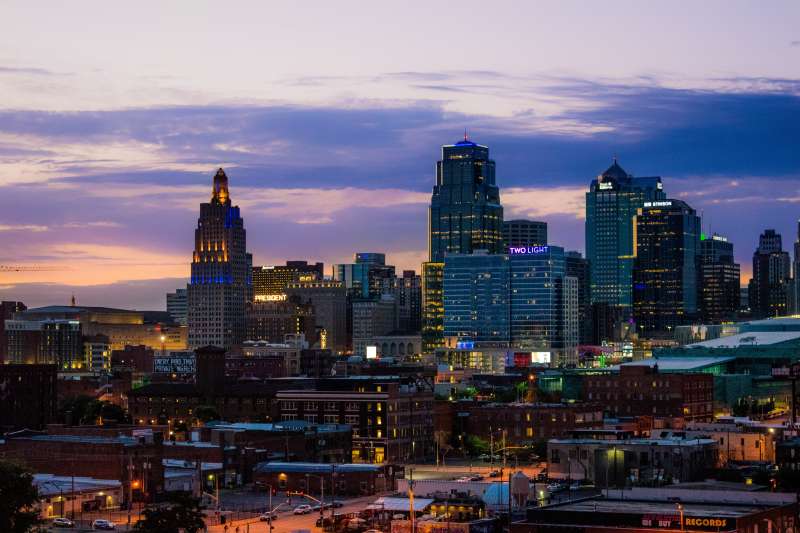 Kansas has a wide range of bars, restaurants, and gastropubs to meet everyone’s tastes, from fine-dining eateries to historic haunts. This foodie’s guide takes you through important sites in Kansas’ culinary repertoire, from Kansas City to Wichita and everywhere in between. 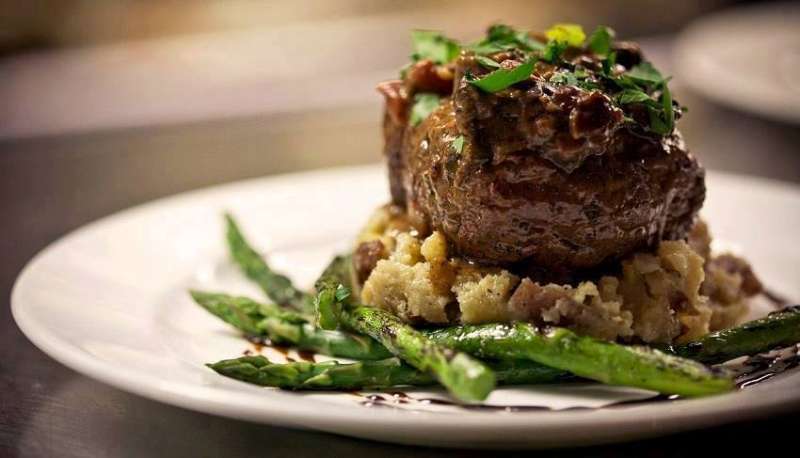 4 Olives Wine Bar takes wine seriously. The restaurant’s collection of over 800 bottles of wine is maintained in a vast glass cave in the dining room, which serves as both decoration and menu, creating an arresting, dramatic centerpiece. Each of the 800 wines, many of which are offered by the glass, is then paired with a specific menu item, resulting in a perfect balance of food and drink. The bacon-wrapped Medjool dates packed with Gorgonzola cheese and the grilled scallops with shiitake broth are two of the menu’s highlights. The menu also includes an excellent assortment of cheeses and charcuterie that may be combined and matched according to taste for those who desire a lighter meal or a more typical wine pairing. 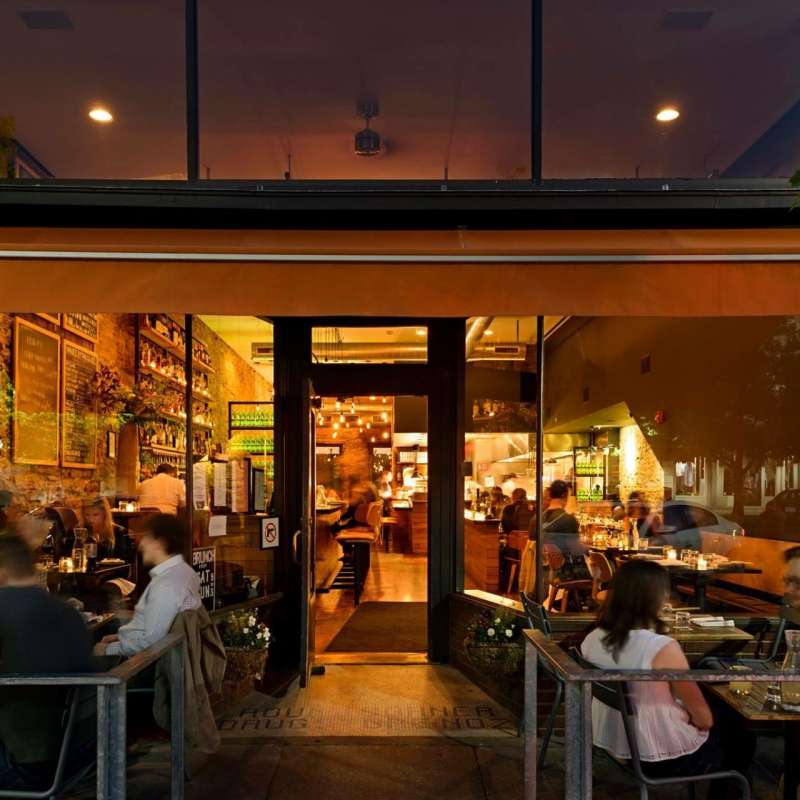 The 715 Restaurant, a trendy European restaurant in downtown Lawrence, is the right destination for discerning diners, flawlessly combining an exquisite ambiance with fantastic food. The interior features scenic lighting, a ceiling-high bar set against exposed brick, and an open-plan kitchen mixes a contemporary style with a rustic appeal. The menu, created by head chef Michael Beard, who studied culinary arts at the Apicius Culinary School in Florence, is similarly outstanding, with delectable Italian-inspired dishes like the kc strip steak with papas bravas, anchovy aioli, and chimichurri. As a pre-dinner appetizer, try one of the house cocktails for an extra touch of sophistication. 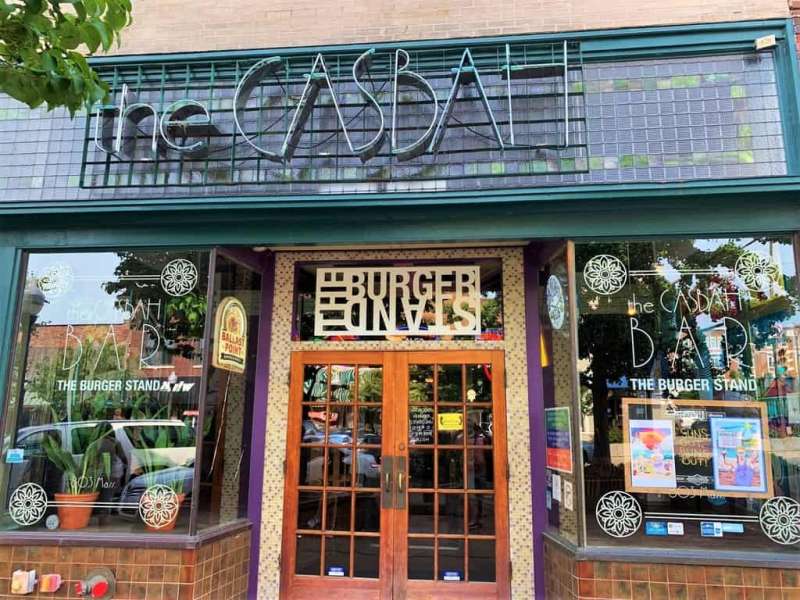 The Burger Stand promises eccentric and relaxed from the start, with a wiry light-up sign above the doorway and giant, glaring dinosaurs in the windows. Inside, exposed brickwork and plumbing coexist with brightly colored signs and chalkboards in a wonderfully industrial setting. The Burger Stand, as the name implies, specializes in gourmet burgers made with high-quality, locally sourced ingredients: try the Kobe burger with truffle butter and greens or the Smoke, which comes with Applewood smoked bacon, gouda cheese, and chipotle-cola ketchup.

The Free State Brewing Company, which opened in 1989, was Kansas’ first legal brewery in nearly a century. The Free State Brewing Company, a small 14-barrel brewery, does not specialize in any one style of beer but instead creates a wide range of beers to suit all tastes, from the crisp Copperhead Pale Ale to the malty Ironman Imperial Stout, and has recently expanded its operation to include beers bottled on site. The brewery’s beers are served at the attached restaurant, serving a delicious array of sandwiches, pasta, steaks, and quesadillas as a hearty companion to your favorite brew.

The Hay’s House Restaurant and Tavern is a Kansas tradition, originally founded in 1857 by Seth Hays, Daniel Boone’s great-grandson. Hay’s House Restaurant and Tavern has proudly served clients for over 150 years and is the oldest continually operating restaurant west of the Mississippi River. Jesse James and George Armstrong Custer were among the tavern’s previous patrons, providing a visit and an authentic peek into American, Kansan, and gastronomic history. The restaurant maintains an old-fashioned, nostalgic feel, with the original fixtures and bar in the subterranean dining area. The cuisine is very straightforward and classic, with steaks, seafood, and barbecues to choose from.

Visit Merchant’s Pub and Plate for an authentic taste of Kansas and the Midwest. All ingredients and products are sourced as locally as feasible and responsibly as practicable, with maps on the back of the menus identifying the farms where recipes are. From sandwiches to scallops, the menu offers delectable gastropub fare; try the shrimp and grits with homemade andouille sausage or the sticky chicken lettuce wraps with sweet soy and ginger flavors. With 30 different craft beers on tap at any given moment, Merchant’s Pub and Plate offers the most draft craft beers in Lawrence.

7. Public at the Brickyard

Public at the Brickyard, a true local treasure, emphasizes a farm-to-table approach to its meals, sourcing local produce and working directly with farmers and brewers to ensure the finest quality ingredients and products are available. The end product is a delectable eating experience that reflects the region’s specialties and Kansan cuisine. Consider the Wichita wings, which are marinated in a house BBQ sauce and fried, or the prairie sliders composed of bison meat, cheddar cheese, sweet onion marmalade, and mustard aioli. Select from one of the many distinctive microbrews available, such as the River City Brewing Co. and the Hopping Gnome Brewery, both situated in Wichita.

The Renaissance Café is housed in the former Assaria High School, a unique, elegant restaurant built in the early twentieth century. Tables are positioned around the open gymnasium floor, stacked bookcases occupy the corners, and retro posters, photographs, and portraits of the prior presidents adorn the walls, all of which are sentimental references to its former life. The menu specializes in northern Italian cuisine and deviates from standard cafeteria fare, including the gorgonzola salad with pecans and dried cranberries and the steak Fiorentina, marinated in olive oil, garlic, and herbs until being chargrilled to perfection.

Although Kansas City-style barbecue originated in neighboring Missouri, it has grown as popular in Kansas as it is in its home state. Rosedale BBQ has become an expert in creating a unique, genuine barbecue dining experience after serving barbecue for over 70 years. The restaurant uses the conventional technique of slow smoking meat over a wood fire before covering it in a delectable sweet barbecue sauce, resulting in tender, melt-in-your-mouth meats served with various tempting sides such as homemade onion rings, crispy fries, coleslaw, or barbecued baked beans.

The Diner’s Club has named Story among the top 50 restaurants in the United States and Canada. Its enormous appeal originates from its wonderful setting, which features a monochrome theme, lovely contemporary décor, and amazing food created by award-winning chef and owner Carl Thorne-Thomsen. He chose the name Story to represent both the story of how ingredients and dishes come together and the unique trip each dining experience takes. Despite its slick, modern aesthetic, Story returns dining to its old-fashioned roots of fully experiencing and savoring each meal and moment.