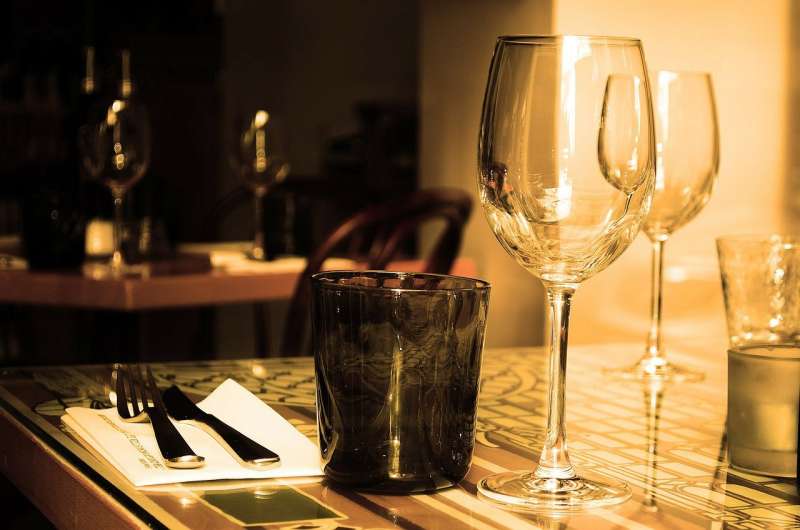 Horses and bourbon are frequently the first things that come to mind when people think of Kentucky. However, did you know Kentucky is also recognized for its fantastic cuisine?

Louisville is known for its inventive restaurants and cuisine, which has won numerous honors. The city took first place in the 2016 World Food Travel Association Food Trekking Awards.

Kentucky restaurants have you loaded even if you’re looking for Kentucky favorites like hot browns, fried chicken, Derby pie, Benedictine, or something more distinctive and memorable. Here are the top ten best restaurants in Kentucky worth visiting on your trip to the Bluegrass State.

Along with his wife Claudia, Colonel Sanders launched the Claudia Sanders Dinner House in 1968 after selling his famed restaurant franchise to a group of investors.

The restaurant, also known as “The Colonel’s Lady,” provides southern classics such as fried chicken, chicken livers, trout, catfish, corn muffins, and creamed spinach. This is one of the best restaurants in Kentucky.

Proof on Main is one of the best restaurants in Kentucky and offers modern southern cuisine in a unique environment. Inside the 21c Museum Hotel, Proof on Main is the ideal spot for a date.

Start by visiting the hotel’s contemporary art museum, which is open 24 hours a day. After viewing and discussing 21c’s intriguing—and occasionally disturbing—art collection, stop by Proof on Main for one of their unusual takes on traditional southern cooking.

Finish the evening in the Proof Bar, where you may choose your poison from over a hundred different bourbons.

Kentucky may be the last spot on earth where you’d expect to find outstanding Cuban cuisine, but Havana Rumba will defy your assumptions.

Marcos Lorenzo, the proprietor, arrived from Cuba in 2000, bringing family recipes passed down for generations. In 2004, he established the first Havana Rumba, cooking his ancient family recipes with fresh ingredients, and it was an instant hit.

Three Havana Rumba locations have opened in Louisville, and a visit to any of them will make you regret America’s strict travel restrictions to Cuba. This is one of the best restaurants in Kentucky.

While the James Beard Foundation’s other honors are presented to innovative and unique restaurants, America’s Classics Awards are granted to restaurants that better reflect the food and atmosphere of their towns.

A visit to the restaurant of the Beaumont Inn, which serves deep-fried comfort food and covers almost everything in gravy, is a terrific way to sample classic Kentucky food and culture. This is one of the best restaurants in Kentucky.

It’s a sin to visit the south without trying some BBQ. Vegetarians can enjoy a superb barbecue restaurant like the Moonlite Bar-B-Q Inn since the sides are just as important as the meat.

Moonlite serves the best southern barbecue food, including slow-roasted pulled beef, hog, and mutton sandwiches with tangy barbecue sauce and delicious ribs with baked beans, cornbread, and potato salad. This is one of the best restaurants in Kentucky.

Covington, Kentucky, is a charming town in Northern Kentucky, across the Ohio River from Cincinnati, famed for its MainStrasse Village.

MainStrasse Village is a network of streets dotted with German restaurants, bars, and shops that will transport you to the late 1800s.

However, a visit to MainStrasse Village isn’t complete without a stop at Wunderbar, a cozy neighborhood pub serving artisan beer and classic German food like sausage, beer cheese, and corned beef hash. Try the gigantic pretzel if you’re feeling bold. The name is truthful and is one of the best restaurants in Kentucky.

The Famous Big Brown Burger is one of Guy Fieri’s five favorite burgers, which you can find at Wallace Station. Local produce beef is adorned with ham, bacon, tomatoes, and a white cheddar Mornay in Fieri’s version of Kentucky’s famous hot brown.

Sandwiches, salads, and soups are other items available at the restaurant. The most delicate part of your meal might come after dinner at Wallace Station’s pastry case, always stocked with freshly baked homemade treats. This is one of the best restaurants in Kentucky.

The Holly Hill Inn in Midway, Kentucky, is a fine dining establishment that serves locally sourced, classic Kentucky cuisine in a beautiful and tranquil location.

Several national magazines have featured the restaurant, including CBS’s The Dish, Southern Living, the San Francisco Chronicle, and The New York Times. This is one of the best restaurants in Kentucky.

The restaurant is surrounded by lush wood and is housed in a historic old downtown building. Horse-drawn carriages are frequently parked before it, ready to take couples on a romantic excursion across the city.

These features make The Old Spaghetti Factory seem a unique Louisville experience and the ideal setting for a romantic evening. This is one of the best restaurants in Kentucky.

In Louisville, Kentucky, the Silver Dollar appears to be a whiskey bar from the exterior. What you’ll find inside this little structure with an awning boasting “Whiskey By The Drink” may surprise you.

While the silver dollar has plenty of whiskeys, the restaurant also features a full menu of traditional southern foods with a Southern California accent. Stopover on the weekend for brunch and choose the cornmeal pancakes or the Enfrijoladas for the perfect meal.