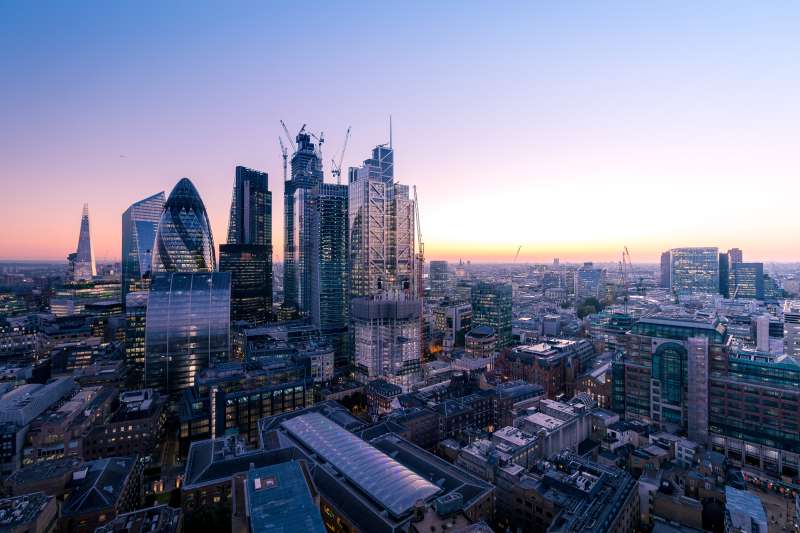 The city of London is full of historical monuments, museums where time passes without you noticing, and many other places of interest.

These are 10 must-see monuments and places in the UK capital. 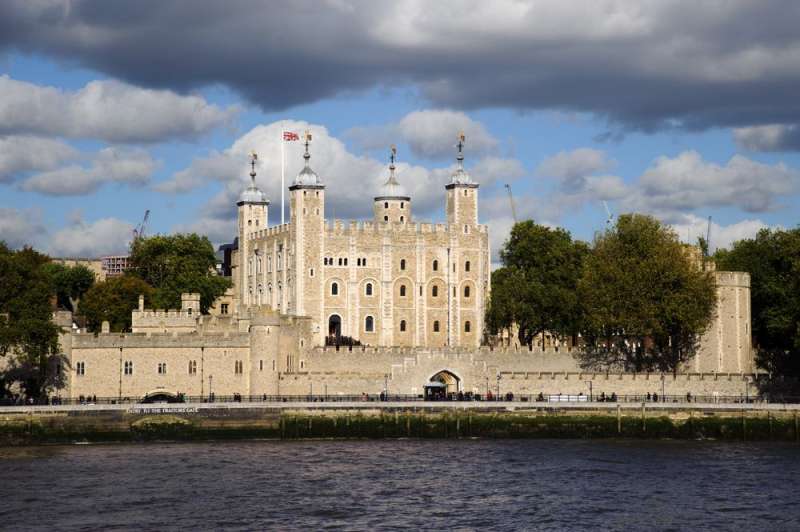 The Tower of London is one of those places that tourists visit with a bit of awe, thinking about what happened in its spaces throughout history, especially the executions of prominent figures such as Anne Boleyn, Catherine Howard, Jane Gray, and Thomas More. . This impressive castle, located very close to another London symbol, the Tower Bridge, accumulates almost a thousand years of history and has been from a royal palace to a menagerie, passing through a prison, minting house, arsenal, and public registry, among other uses. 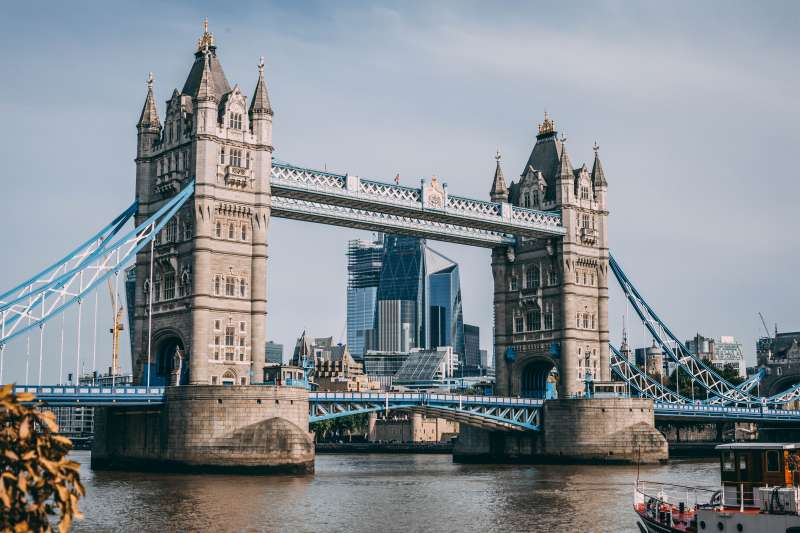 Photo by Charles Postiaux on Unsplash

This late 19th-century drawbridge is an icon of the British capital and should not be confused with London Bridge, which is another nearby crossing over the River Thames. From its catwalks located more than 40 meters high, equipped with glass floors and telescopes, you have wonderful views of London. Another of its attractions is the Victorian-era engine room to drive the cams, which is still in operation, although it no longer does so with pressurized water and steam, but with hydraulic oil and electricity. Even though the bridge’s cams have been raised several times a day for 122 years to allow the passage of ships, the maneuver continues to delight Londoners and visitors. 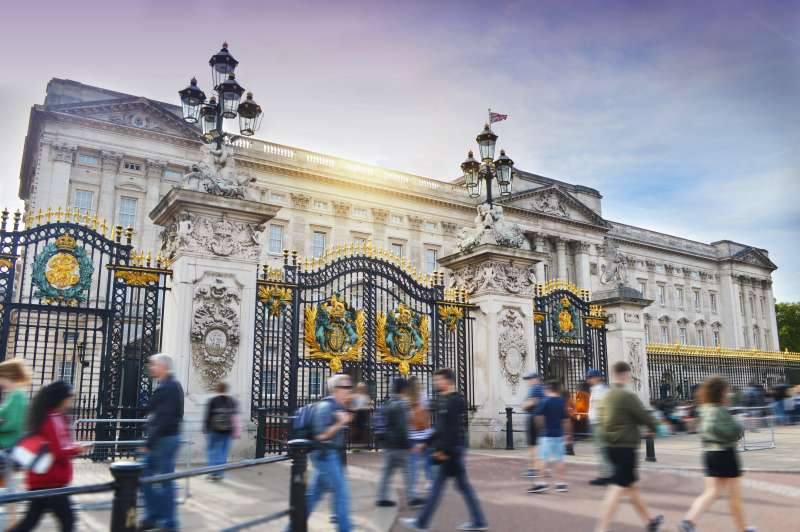 Photo by Debbie Fan on Unsplash

This beautiful building built in classical and neoclassical styles is the official residence of the British monarchs. One of the activities present on the agenda of almost all tourists who visit London in summer is to witness the majestic daily changing of the guard ceremony at the palace. The gardens and green areas of Buckingham Palace are of incomparable beauty, being also the largest among all the houses for residential use in the city. Buckingham Palace is a symbol of national unity and is visited by Londoners in moments of great commotion.

This impressive baroque building is the main temple of the Anglican religion in Great Britain. It was completed in 1710 and for its survey, the authorities selected Ludgate Hill, the highest natural point in London. It was designed by Christopher Wren, the great artistic architect of the reconstruction of the city after the fire that devastated it in 1666. Inside, the dome, the altars, the apse, the choir, and other components stand out. Among the illustrious figures buried in the cathedral are Admiral Horatio Nelson, the greatest English military hero, and the Duke of Wellington, who defeated Napoleon at Waterloo.

The abbey is the place where English kings are crowned and where monarchs and other figures of great historical importance in the United Kingdom are buried. Among the most notable tombs are those of the scientists Isaac Newton and Lord Kelvin; the writers John Milton, Charles Dickens, and Alexander Pope, the composer Georg Friedrich Haendel and the actor and director Laurence Olivier. Less frequently, Westminster Abbey is the scene of royal weddings, the most recent being that of Prince William and Catherine Middleton in 2011.

6. Palace of Westminster and Big Ben

The palace is a beautiful building with neo-Gothic lines, most of which were built during the 19th century. In its beginnings, it was a royal residence, although no sovereign has lived in it for more than 400 years. It has more than a thousand rooms, an attribute that, apart from its majesty, helped it to be chosen to house the English bicameral parliament (House of Commons and House of Lords). Its most emblematic component is Big Ben, the most famous 4-sided clock in the world, located on a 96-meter-high tower.

This square pays tribute to the Naval Battle of Trafalgar, the most symbolic act of arms in English history, in which on October 21, 1805, the British navy defeated the powerful joint fleet of France and Spain, a contest in which Admiral Nelson won and died. The square is dominated by Nelson’s Column, which rises 46 meters and is the site of mass gatherings in the city of London. It is surrounded by beautiful fountains and buildings, including the National Gallery, St Martin-in-the-Fields Anglican Church, Canada House, and South Africa House.

Inaugurated in 2000 to commemorate the advent of the new millennium, the London Eye, the tallest observation wheel in Europe at 135 meters, has become the place that attracts the most public in the English capital. Along the ride on the wheel located almost in front of the House of Parliament, spectacular views of the city of London follow one another. The 32 cabins of the London Eye are air-conditioned and made of glass, offering a complete 360-degree view. From the Ferris wheel, you can see things that are 40 kilometers away and enjoy privileged postcards of nearby attractions, such as Big Ben, Tower Bridge, St. Paul’s Cathedral, and Westminster Abbey.

It is difficult to collect 7 million pieces from all over the world, but the vast British Empire, with possessions and colonies in Europe, Asia, Africa, America, and Oceania, added to the tenacity of its scientific and cultural community, managed to do it. This enormous sample is exhibited in the British Museum, the most complete in the world. There are works of classical civilizations, such as the Greek friezes of the Temple of Apollo in Bassae, the statues of the Mausoleum of Halicarnassus, and the Roman copy of Myron’s Discobolus. It also keeps the Rosetta Stone, the rock with texts written in 3 languages ​​that made it possible to decipher the Egyptian hieroglyphic language. Objects of all times from all cultures from all over the planet; everything fits in the British Museum.

After touring the Natural History Museum in London you no longer need to enter any more of its kind. You will require a lot of time to examine everything because it is immensely large. Its lobby is well known for the mastodon fossil that welcomes the public; what few people know is that the giant skeleton was rescued in Chile. The collection of specimens that Charles Darwin amassed throughout his life to document his theory of Evolution is in the museum. As well as incredible crystallizations of minerals and specimens of fauna and flora of almost all the species in the world, many of which are extinct. Ask for any being that lives on the planet or that has disappeared, and the museum will have it.