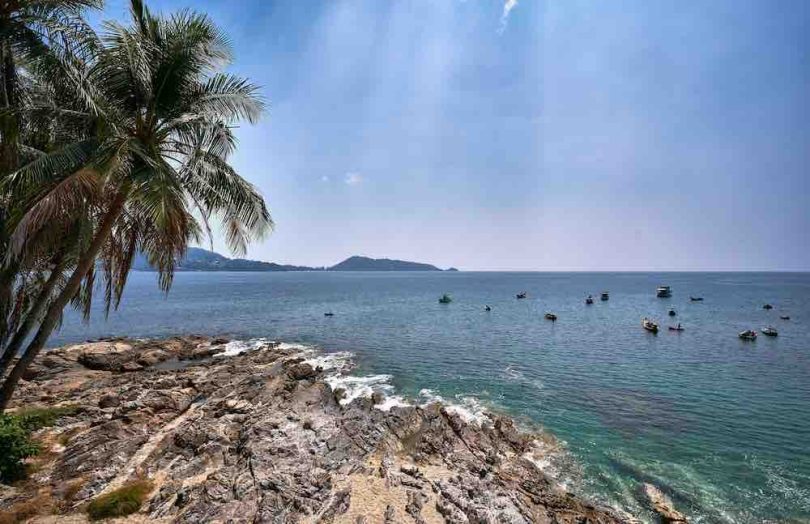 Phuket, Thailand’s resort paradise, is ideal for those wishing to unwind on the beach and soak up some sun. It’s known for its beautiful coastlines, vibrant nightlife, and laid-back vibes, but it’s also a world-class scuba diving destination. Divers can visit several wonderful places in the city, including beginner-friendly options as well as possibilities that will fascinate veteran divers. If you’re planning a scuba trip to Thailand, here are the top dive places near Phuket to keep you busy during your stay.

Don’t be put off by the location’s name. Yes, there are sharks in this area, however, they are of the less hazardous leopard shark species. Because these critters aren’t hostile at all, divers can cross “dive with sharks” off their bucket list. The friendly critters are just one of the hundreds of species found in this marine sanctuary, which includes rainbow coral reefs and giant sea fans tucked among towering limestone towers teeming with a dazzling assortment of brightly colored tropical fish.

Sharks Point is a short 20-mile drive from Phuket and makes for an excellent day trip. At least three really impressive sites to explore in the protected reserve, allowing for a delightful trip that will make a deep and lasting impact while yet getting you back to the city in time for supper.

Anemone Reef, not far from Sharks Point, is another fantastic dive site. Another limestone tower rises from the seafloor here, serving as a signpost for visiting divers. The major attraction of this site, as you can assume from the name, is the huge amount of sea anemones that have made it their home. These organisms can be found in vast numbers throughout the environment, allowing divers to see a wide range of sizes, forms, and colors.

Anemones aren’t the only water creatures that live on this reef. Snapper, clownfish, leopard sharks, tuna, and other species can also be seen surrounding the area. Divers may even catch a glimpse of a barracuda or a moray eel, which frequently come to hunt on the smaller species.

3. The Wreck of the King Cruiser

Anemone Reef’s limestone pinnacle rises nearly 100 feet from the ocean floor, putting it barely below the water’s surface. It’s a beautiful dive spot, but it’s also perilous for passing boats. In reality, in 1997, the King Cruiser, a big ferry, came dangerously close to the rock tower, ripping a large hole in its hull. All of the passengers were able to leave the sinking ship unharmed, but the wreckage now sits near the reef in full display in the clear seas.

Divers may approach the ship at a depth of just 50-100 feet, making this a terrific spot for them. They’ll find the ferry’s wreckage as well as a variety of sea life that has taken up residence there. Barracuda, snapper, lionfish, and a variety of other species can all be found here. The King Cruiser is a must-do for adventurous divers due to its massive wreck and plenty of fish.

This dive should be approached with caution, as it is not suitable for beginners. The wreck has degraded substantially in recent years, making it dangerous to approach too closely. Veteran divers will enjoy themselves here, as long as they exercise caution.

Enjoy an hour-long boat ride out to the island of Koh Racha Yai, where you’ll find yet another amazing dive location. The water is known for its extremely clear clarity, with visibility reaching up to 100 feet. The large number of corals, which come in every color of the rainbow, are easy to spot as a result. Naturally, when there is a coral reef, there will be a plethora of fish. Barracuda, puffers, moray eels, and a whole lot more can be found here.

But that’s only the beginning of what Koh Racha Yai has to offer. There are a few small wrecks to explore, as well as underwater statues of elephants, at this beginner and snorkeler-friendly site.

In Koh Racha Noi, about an hour south of Koh Racha Yai, you’ll find another fantastic dive spot. Because of the swift and strong currents that run across this island, some of the areas aren’t suitable for beginners. However, the deep waters immediately off the coast are home to greater sea species that aren’t seen elsewhere. You might spot manta rays, barracuda, and even whale sharks when diving here.

The currents at Koh Racha Noi can be rather thrilling for drift divers, with powerful currents pushing them along. The island is much less touristic than Koh Racha Yai, making for a more relaxing experience overall.