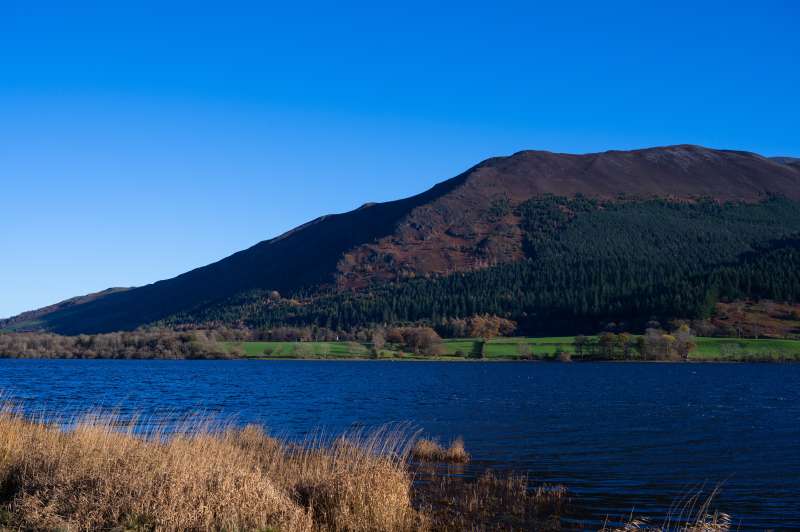 You’ll enjoy the United Kingdom if you’re enthusiastic about nature and believe that hiking boots are the finest way to discover it. From the high chalk cliffs and secret coves of the south coast to the majestic lochs and glens of the Scottish Highlands, the United Kingdom boasts some genuinely stunning wild locations. The top multi-day treks in the United Kingdom are listed here, so you may immerse yourself in the beauty, wildlife, and history of the region’s most beautiful natural locations.

The South West Coast Path is undoubtedly the country’s most famous multi-day hike if you plan on spending a significant length of time in the United Kingdom. It’s the longest way-marked National Trail, with 630 miles of breathtaking coastal scenery including plunging cliffs, beautiful beaches, windswept headlands, and wildflower-filled fields. It starts at Minehead, Somerset, and continues along the coast via North Devon, along the entire Cornish coast and Land’s End, before returning to Devon and finishing in Poole Harbour, Dorset.

You’ll pass through four counties and one national park on your trip (Exmoor). From Iron and Bronze Age burial sites to medieval forts to WWII military installations, a multitude of historic landmarks emerges as you go. The entire journey follows the route that authorities used to defend the coast from smugglers, and the villages and towns along the way are brimming with vivid legends. Seabirds, seals, and dolphins abound, and the cliffs provide the ideal vantage point for observing them. Early in the summer, search for basking sharks off the Cornish coast.

On average, it takes 52 days to walk the entire coast path, while the exceptionally fit can do it in 30 days. If you don’t have enough time, several itineraries focus on a certain portion; in essence, you can spend as many days as you like experiencing its charms.

The Hadrian’s Wall Path is an 84-mile National Trail that runs from Wallsend in the east to Bowness-on-Solway on the west coast of Northern England. It follows the path of Hadrian’s Wall, Britain’s most famous Roman monument. The wall, a UNESCO World Heritage Site, was erected under Emperor Hadrian’s instructions in the second century to secure the empire’s northwest frontier from invasion. Consider Game of Thrones’ Wall, but with craggy stone rather than ice and fewer dragons.

The history of the wall and its hiking trail is extensive. You’ll pass by the Roman forts of Birdoswald, Chesters, and Housesteads (the latter being Britain’s most complete Roman fort), and also Roman towns, towers and turrets, and museums exhibiting historic imperial treasures. Every night of your tour, you’ll pass through the busy cities of Newcastle and Carlisle, as well as quaint communities with lodging alternatives.

The Hadrian’s Wall Path is well-marked and quite straightforward to walk, taking anywhere from five to ten days depending on your speed and physical condition. The usual route is to walk from east to west, following the wall’s construction path; however, walking backward puts the prevailing wind and rain at your back, making it more comfortable. Because winter rains bring in deep muck along the trail’s length, the optimum time to trek is from May to October. Because July and August can be extremely crowded, make sure to reserve your accommodations ahead of time.

The Pilgrim’s Way, a natural causeway formed by the geography of the area it passes through, has served as a byway for the British from ancient times. It was first associated with religion in 1171 when pilgrims began to walk from Winchester Cathedral to Canterbury Cathedral to pledge their allegiance to the slain Thomas Becket. In 1170, while serving as Archbishop of Canterbury, Becket was assassinated inside the cathedral by followers of King Henry II, with whom he had feuded over church privileges. He was canonized soon after, and the Catholic and Anglican churches today regard him as a saint and martyr.

Currently, the Pilgrim’s Way is 153 miles long and takes about 15 days to complete. Along the route, you’ll get the opportunity to participate in traditional customs and visit historical sites. Request the Wayfarer’s Dole from the Hospital of St. Cross in Winchester (a horn of beer and a scrap of bread). Visit Jane Austen’s residence in Chawton, Watts Chapel, and Rochester Cathedral, as well as the site where St. Thomas More’s severed head is interred at St. Dunstan’s Church.

The view is very breathtaking. The route traverses the North Downs, a characteristic chalk slope that provides an elevated view of peaceful waterways, patchwork farms, and charming rural communities. There are lots of places to eat and stay the night in the latter.

For expert hikers and off-the-beaten-path adventurers, the Coast-to-Coast is one of our top picks. The route is unofficial and largely unmarked, unlike most of the other entries on this list. Nonetheless, since great fellwalker and guidebook author Alfred Wainwright originally described it in his book A Coast to Coast Walk in 1973, it has become legendary in British hiking circles. The route runs 182 miles through Northern England’s stunning landscapes, using public rights of way to connect St. Bees on the Irish Sea coast to Robin Hood’s Bay on the North Sea’s edge.

You’ll pass through three of the United Kingdom’s most magnificent national parks along the way: the Lake District, Yorkshire Dales, and North York Moors. This is a difficult trek with several uphill and downhill sections. Wainwright provides alternate route alternatives for people who desire to ascend further into the mountains at numerous locations, with Kidsty Pike in the Lake District being the highest point at 2,460 feet. The trip is described in 12 stages in Wainwright’s book; each one can potentially be completed in a day and concludes in a settlement with overnight lodging.

Most people plan on taking at least two weeks to complete the journey to take a few days off. To take on this task, you must be physically healthy and well-equipped, as well as confident in your navigational abilities. Keep up with local weather alerts and be sure you arrange to lodge ahead of time. The road is popular, especially in the summer, because many of the settlements are small.

Choose the South Downs Way in southeast England for a more relaxed introduction to the UK’s natural grandeur. This 100-mile trail follows a historic route along the top of a natural chalk cliff that allowed herders, drovers, and businessmen to bypass the marshland below since time immemorial. The South Downs is the name of the escarpment, and the Way is now wholly within the South Downs National Park. It begins in the old cathedral town of Winchester and concludes in the beach resort of Eastbourne, much like The Pilgrim’s Way.

You’ll pass through natural reserves teeming with native animals, ancient woodland thickets, and charming communities with historic taverns and teahouses along the way. Whether you’re starting for miles across rolling farmland or marveling at the incredible blue expanse of the English Channel and the Isle of Wight, the views are what make this walk remarkable. The South Downs Way, an oasis of serenity in the often hectic South East, is easy to reach from many of England’s most famous tourist neighborhoods.