Home » Timeless » Travel » The 5 Most Beautiful Islands in France 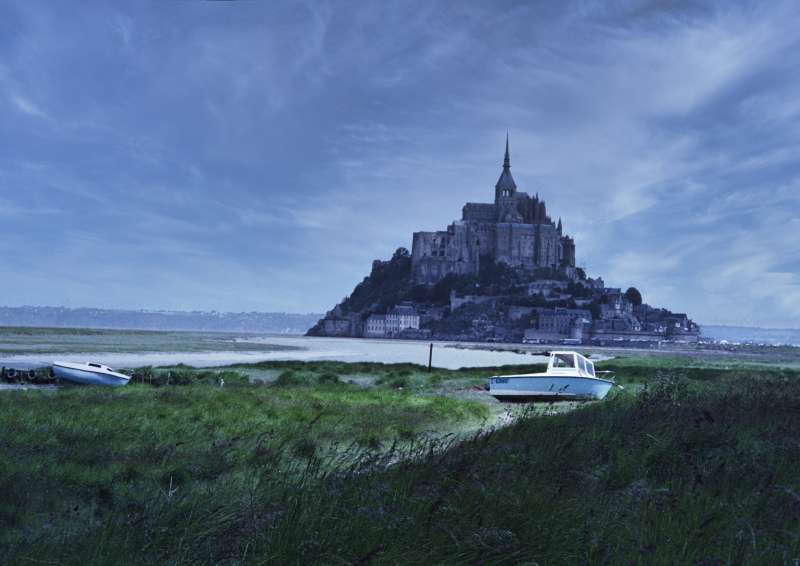 When it comes to pristine beaches, breathtakingly blue waters, green, jagged cliffs, painting-worthy harbors, and unusual fauna, France’s numerous magnificent islands can’t be beaten. While many are French overseas territories, such as those in the Caribbean and the Indian Ocean, many are located off the coast of mainland France, in the Mediterranean, Atlantic, or the English Channel. So, if you’re looking for a truly tropical escape, you have a few possibilities. Continue reading to learn about some of France’s most beautiful islands, as well as our recommendations for things to visit on each.

Corsica is a rough, hilly island in the Mediterranean Sea, located 145 miles southeast of Nice and north of Sardinia in Italy. Its natural landscapes are as diverse as its history: a semi-independent area of France, the island has traditionally belonged to Italy and was once (briefly) controlled by British troops. It has its legislature, as well as a distinct local culture and traditions.

Corsica was the home of Napoleon Bonaparte, the first Emperor of France, and was long linked with powerful clannish families at continual (often violent) clashes with each other. It is now widely regarded as the Mediterranean’s crown jewel, renowned for its high, craggy peaks, fine-sand beaches, exquisite ports, historic cities, and extensive protected natural areas.

Corsica has a lot to offer, but if you have a few days, begin in Bastia, the old Genoese capital, which still has magnificent Italian-style architecture. Discover the Calanques de Piana, a UNESCO World Heritage site with sharp cliffsides of reddish-pink granite that plunge into bright-azure waters; the nearby capital of Ajaccio, Napoleon’s birthplace; the picturesque seaside town of San Fiorenza; Saleccia and its wide, fine-sand beach; and the Agriates Desert, a rugged, barely-inhabited area of natural beauty with spectacular vistas.

Belle-Île can trick you into thinking you’ve landed somewhere further south thanks to its moderate microclimate, mild waters, and vegetation that seems like it belongs in the Mediterranean. However, this Atlantic island off the coast of Brittany’s Morbihan Gulf—the region’s largest—has long drawn painters, nature lovers, and watersports enthusiasts to its moderate and gorgeous shores.

There’s plenty to do on Belle-Île, from beaches and watersports to hikes and a yearly opera festival. There are 60 beaches on the island, so you’ll never be short of swimming or snorkeling chances.

The Citadelle Vauban, which formerly protected the island from military attack and now includes a luxury hotel and restaurants, a museum dedicated to the island’s history, stores, and more, is located in the main town, Le Palais. However, the charming fishing village of Sauzon offers lobster taste and photo possibilities, while the island’s untamed coastlines are perfect for rocky, windswept walks along green cliffs, bird watching, and romantic lighthouse views.

The island (and French department) of Martinique is a good choice if you’re searching for a taste of France in the Caribbean. Martinique, a former colony in the Lesser Antilles located in the Eastern Caribbean Sea, is a culturally and physically rich former colony with distinct Creole and French cultural influences that may be seen in the island’s art, music, food, and spoken languages. Martinique’s history is likewise complicated and tragic, as slavery was only outlawed in 1848.

Nowadays, white-sand beaches, surfable waves, excursions through lush tropical woods, and cultural experiences ranging from Créole cuisine to music and art entice visitors to Martinique. The majority of the population is bilingual in Creole and French.

Begin your journey in Fort-de-France, the busy capital city, with its colorful squares, streets, spice market, restaurants, and the historic Schoelcher Library. Meanwhile, from the famed Mount Pelée volcano in the north and its rough neighboring terrain to the gorgeous white-sand beaches of the southern coast and the gurgling waterfalls and tranquil woodland walks of the interiors, experience the island’s spectacular natural settings. Also, pay a visit to the Anse Cafard Slave Memorial, located near Diamond Beach in the southwest, which is a somber and moving homage to Martinique’s slave victims.

Porquerolles, a Mediterranean treasure off the French Riviera known for its immaculate beaches and lagoon-like waters, is reachable by shuttle boat or ferry from Hyères and Toulon.

Porquerolles is one of the three “golden” islands that make up the Îles d’Hyères, and it attracts visitors looking for spectacular, nearly unspoiled scenery. The island is a protected nature reserve with only a few hotels; if you choose to stay in one of the few hotels on the island, you’ll be compensated with extraordinary peace once the last passenger ferry leaves at the end of the day.

Head to the north side of the island for fine-sand white beaches and clear waters ideal for snorkeling, diving, and swimming. The beach at Notre Dame is a popular destination. If you prefer tough excursions and close encounters with local species, the southern coast, with its sheer green cliffs rising from narrow, bright-blue sea streams, is the place to go. The island’s interior is filled with plant varieties and includes a conservatory, while the port area boasts stores, restaurants, galleries, and lodgings.

The Indian Ocean, near Madagascar and Mauritius, is one of France’s most breathtaking islands. The Île de la Réunion was recently designated as a UNESCO World Heritage Site for its virtually unspoiled natural landscapes, which include coral reefs, forests endowed by volcanic soil, and rough black and white-sand beaches with crystal-clear waters. It’s an excellent destination for more adventurous travelers, and it provides a unique perspective of France, with its particular native culture, history, and language (many residents speak Réunion Créole). Réunion, like Martinique and other French overseas departments, has a long history of slave labor and indentured slavery, the latter of which was finally outlawed in 1848. The abolition anniversary is commemorated each year in late December, and this history is firmly embedded in local culture and heritage.

Réunion has it all for beach and watersports aficionados, from swimming and snorkeling in shallow, warm waters teeming with marine life to diving, surfing, waterfalls, and vast lagoons. Plage de l’Heritage and Saint-Leu have particularly beautiful beaches. Afterward, travel to Saint-Denis, the island’s capital, to stroll through its bustling streets and sample the island’s innovative cuisine, which combines Malagasy, Indian, Chinese, and French traditions.

Nevertheless, trekkers and climbers will find a multitude of intriguing locations and trails to visit, ranging from tropical woods and the island’s most famous active volcano, Piton de la Fournaise, in the east, to savannahs and sugarcane fields in the west.