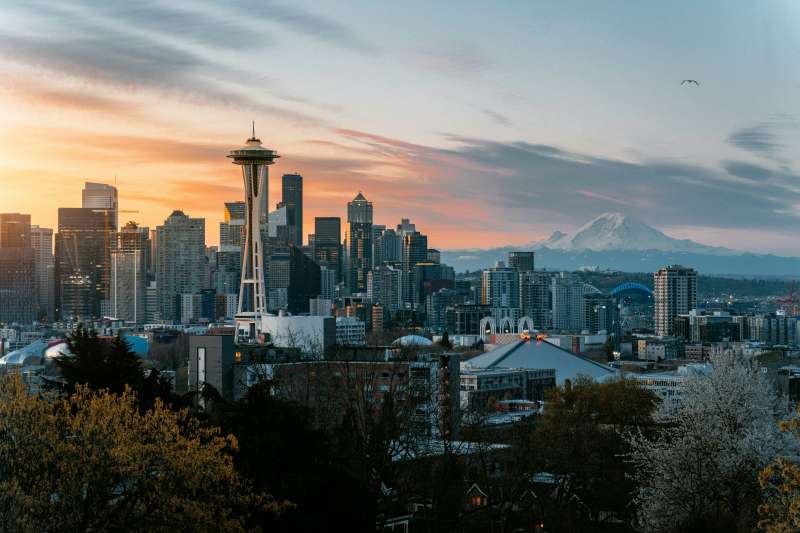 Washington state has no dearth of beaches, with 157 miles of beachfront (more than 3,000 miles if you include the Puget Sound, lakes, and rivers). Ocean beaches around the Pacific Ocean range from wild and devoid of civilization to somewhat developed. Anticipate nothing like the huge California beaches, or even the larger beaches of Oregon.

Conversely, beaches on islands off the coast of Puget Sound, as well as beaches on lakes, add variety to the state’s beach environment. However, no matter where you travel, knowing some of the top beaches to visit is the ideal approach to connecting with Washington’s amazing waterfront destinations. Also, regardless of where you go, the water will almost certainly be chilly. The Pacific and Puget Sound do not warm up much throughout the year, so plan on spending some time on the beach or donning a wetsuit if you decide to swim.

Perhaps one of Washington’s most famous beaches is Ocean Shores. Ocean Shores, about three hours from Seattle, is a little quieter than similar Oregonian cities, but it still offers obligatory oceanfront hotels, seafood restaurants, saltwater taffy shops, and family fun. Of course, it has a beach—actually, several miles of sand. The beaches along the hotel zone allow automobiles to drive on the sand, so you may park right next to the waves if you like.

If you want to ride a horse down the seaside, Ocean Shores is the place to go, and there are also bike rentals. If the hotel zone isn’t for you, you can go further down the beach to discover calm spots, or go to the jetty at the very southern end of town to stand on the rocks and watch the enormous waves roll in.

Ocean Shores and Westport are on opposite sides of the North Bay. Westport, like Ocean Shores, has a jetty and allows cars on the beach on the southern end. However, it is less commercialized and has fewer hotels. If you want to enjoy the best of Washington’s beaches, such as deep-sea fishing, crabbing, razor clamming, or simply appreciating nature, the city is a terrific place to visit. Westport is home to a population of elk that graze nearby, as well as a few cranberry bogs that can be seen from the road.

Seabrook is a seaside town in Washington that conducts things a little differently from the rest of the state. There isn’t a stretch of hotels here. Instead, the planned community is comprised of lovely rental cottages and residences, as well as some strategically located amenities such as a Town Hall with activities, a pool, a park, and game courts. Some cottages are directly on the ocean, but the majority are set back from the water; the beach is never far away. Beachcombing, sitting in the sand watching the surf, or going on your adventure are all options. Seabrook is one of Washington’s most stunning beaches, thanks to its lovely Cape Cod-like ambiance.

Long Beach isn’t joking when it says it’s long. The beach runs for 28 kilometers, yet most of it is devoid of hotels and attractions. Still, if you’re in the mood for a long beach walk, this is the spot for you. Long Beach offers a variety of activities such as walking along a wooden boardwalk, renting a bike or go-kart, horseback riding, and exploring the town. During the season, you can go crabbing, clamming, or fishing, as you can at most of Washington’s ocean beaches. Other activities, such as golfing and touring neighboring lighthouses, are available throughout the year. But, of course, perhaps the greatest thing to do is to relax on the beach with your kite in tow.

While Washington boasts a few classic beach communities, the state’s true strength lies in its wilder beaches, which lack facilities and are surrounded by nature. Ruby Beach in Olympic National Park is a good example.

Ruby Beach is a rocky, mountainous beach that was made for exploring. Peer into tidal pools with your camera in hand to obtain the greatest picture of the massive rock formations. Because the beach is rocky, use comfortable shoes or sturdy sandals when exploring. Keep an eye out for the rock cairns that visitors often leave behind, or create your own to add to the unique vibe. Even better, combine a trip to the beach with a stay at Kalaloch Lodge, which is only 10 minutes away, and a trek in Olympic National Park.

Rialto Beach is one of Olympic National Park’s most popular sites, including gigantic driftwood logs, animals such as sea lions, otters, whales, and eagles, and towering sea stacks. During low tide, hike the 3.3-mile out-and-back trail to the Hole-in-the-Wall arch; you’ll come across tide pools with starfish, sea anemones, crabs, and other aquatic critters. Mora Campground is a short drive away; reservations are required during the summer high season, but sites are accessible on a first-come, first-served basis the rest of the year.

Of course, not all beaches are located on the coast of the Pacific Ocean. Alki Beach, one of the nicest urban beaches in the state, is located in Seattle. The sandy length is 2.5 miles long, so there’s plenty of space for a seaside stroll on the beach or along the adjoining paved path. The Puget Sound, like the ocean beaches, is cool year-round, ranging from 46 to 56 degrees, so swimming is unlikely; however, the sandy beach is ideal for a game of volleyball, sunbathing, or exploring.

Mocrocks Beach, located in the town of Moclips, stretches from the Copalis River to the southern boundary of the Quinault Indian Reservation. This is a great location to keep an eye on razor clam digs and other more natural pursuits like birding. Camp nearby at Pacific Beach State Park, which offers 18 standard campsites, two yurts, and 41 partial-hookup sites for RVing.