Home » Timeless » Travel » The Five Scenarios of ‘The Bridgertons’ to Live 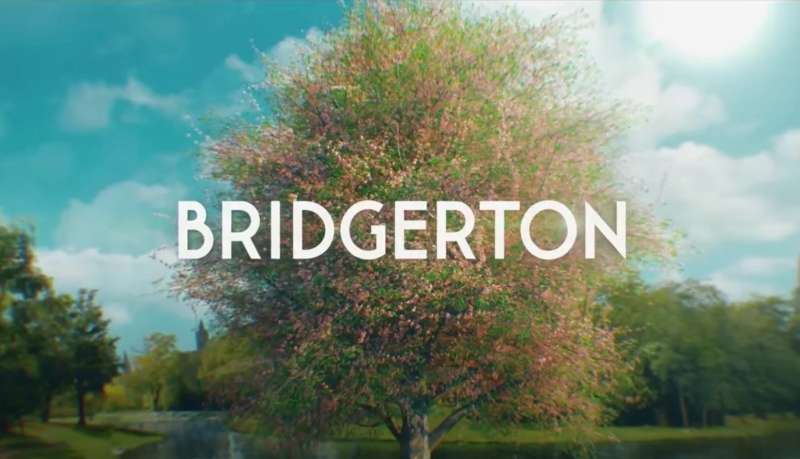 “Dear reader, did you miss me?” This is how one of the letters of Lady Whistledown begins, the writer who spreads rumor after rumor about the dukes, earls, and even the queen of England during the so-called Regency, between the years 1811 and 1820. We are talking about The Bridgertons, one of the most-watched series since its appearance on the screen in 2020.

For those unfamiliar with the series, the story, based on Julia Quinn’s best sellers, revolves around the world of English high society in the early decades of the 19th century. The plot is full of passion and catharsis that has featured spectacular photography and dreamlike settings that have catapulted it to success. So much so that it has already been renewed for two more seasons.

While Sex and the City, Gossip Girl, or even Emily in Paris only allowed visitors to visit the locations where their scenes were shot, The Bridgertons offer the viewer a further step, especially the most daring traveler. Because, as announced precisely by Lady Whistledown, the woman behind the gossip that dots the lives of the protagonists of the series, “I have time between victories and chores to enjoy”. Excursions and, especially, thematic experiences to experience first-hand the atmosphere of those times.

1. Discover the Majesty of Bath

Located 90 minutes by train from London, Bath is surrounded by the rolling countryside of Somerset. Declared a World Heritage Site, Bath is one of the main settings for The Bridgertons. The city is especially known for its architectural constructions, such as the Roman baths, the 15th-century abbey, and the Royal Crescent Georgian-style residential complex. The thermal waters that the Romans and Celts already enjoyed are the only natural spring in the United Kingdom, and the Thermae Bath Spa invites you to enjoy them in a facility that has an outdoor pool on the roof of the building, with a splendid panoramic view of the city’s skyline.

To complement the day, nothing better than an authentic cup of tea with Bath buns (the native buns) in the Pump Room Restaurant or The Dower House Restaurant, as Lady Daphne and her mother do in the first season of the acclaimed series.

Brit Movie Tours and other companies offer two-hour themed tours of the locations of The Bridgertons, which include music and mandatory stops at Queen Square, Prior Park and its stone bridge over the lake, and, of course, at the alleged dress shop of Madame Delacroix, the dressmaker. But if any location stands out above the others, it is house number one in the Crescent Building, the Featherington villa in the series, which currently houses a museum that shows how people lived in the 18th century.

2. From York to Middlesex: Between Palaces and Gardens

In York, in the north of England, we find Howard’s Castle, nicknamed Clevedon in the series, the splendid home of the Duke of Hastings, the character played by actor Regé-Jean Page in the first season of the series. The mansion has gardens, such as the Walled Garden, with flowery pergolas, especially in spring, stone arches, and small green labyrinths. From Gately Road, there are incredible views of the Yorkshire region. An essential visit also deserves the Temple of the Four Winds, belonging to Castle Howard, with fountains and sculptures in the middle of bewitching groves.

In the Middlesex area, just a 40-minute drive from London, we find Hampton Court, a historic royal palace built by Cardinal Wolsey and given to his monarch, King Henry VIII, in 1528. King William III created a classical baroque wing of the palace overlooking the gardens in the late 17th century.

Finally, and also a few kilometers from London, in Greenwich, is the Ranger House, the brick house where the Bridgertons live and which dates from 1723. For the series, tangled bougainvillea was placed on the entrance gate, still adorning the more an exquisite building by itself.

3. A Night in Regency London

Secret Cinema, and the English promoters of immersive experiences Fever, have managed to 100% recreate the world of The Bridgertons. In a secret place in London, in the Wembley area to give a clue to the most impatient, you can be invited to one of the balls that we love to see so much in the series and that takes us back to 1813. Each guest is assigned a character, along with a plot and a mission that must be fulfilled throughout the evening.

During the three hours that the experience lasts, there is plenty of time to dance, enjoy the cuisine of the time and mix with members of the upper class (whether they are, or not, is part of the script). The bottom line: Packed with your Regency history, this ball is yours to enjoy, whether it’s being the center of society’s attention, exchanging secrets in dark corners, gaining the Queen’s approval, or even planning his downfall. The social dance that Lady Whistledown always reveals will not only be the social party of the season, but it will be unlike anything you’ve ever experienced before.

4. Tea for Two and a Stay with a Butler

The Lanesborough Hotel in London welcomes guests to live like a Bridgerton. Those who stay there can sleep emulating a member of Georgian high society, waking up to a leisurely breakfast in bed served by a personal butler.

But there is still more. In collaboration with Netflix, this hotel, built-in 1825 by William Wilkins, has put together a menu that pays tribute to the key families of The Bridgertons, from The Queen’s Diamond, a delicious chocolate cake with honey presented in a beautiful box of engagement ring, a nod to Edwina Sharma, to Lady Whistledown, a cake that emulates the society writer’s inkwell and quill made with pistachio mousse and covered in milk chocolate, and All is Fair in Love & War, which pays tribute to The Bridgertons with its pale blue color with an embossed bee, the family symbol.

All this is accompanied by the Lanesborough version of the Pall Mall cocktail, made, in this case, with white port, gin with citrus touches, and floral infusions. This five-star hotel also organizes picnics in Hyde Park and a visit to filming locations in the British capital with a private driver.

5. Dressing Like a Bridgerton in the 21st Century: The ‘Regencycore’

The Sharma sisters are responsible for the corset making a comeback. It is what trend agencies have called Regencycore and that Los Bridgertons have taken it upon themselves to bring back to the 21st century.

Of course, the corsets in the series have nothing to do with those of the 19th century, now the bustiers are comfortable, flexible, and light. For its part, Dior has opted this spring for lingerie dresses that we can well imagine in Daphne Bridgerton’s closet or, dreaming of them if we talk about the enemy family, the Featheringtons.