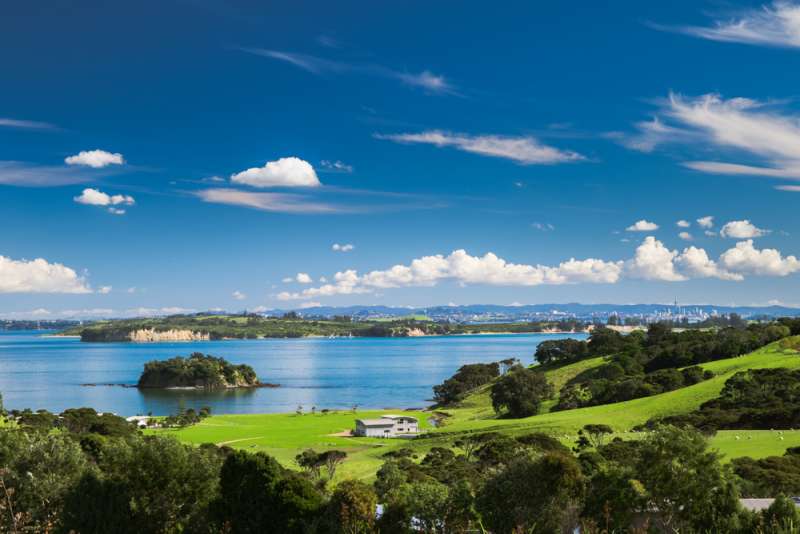 The North and South Islands are the two main islands that make up New Zealand. Stewart Island/Rakiura is a third “major” island off the bottom of the South Island. And with those three, there are about 600 other off-shore islands worth visiting, including those that are straightforward day trips from major cities and others that are more remote and require several days to explore. Some are inhabited, while some are nature reserves that are only open during daylight hours. There’s a New Zealand offshore island for everyone, whether you’re seeking secluded beaches, unique animals, clear night skies, or great local wine. 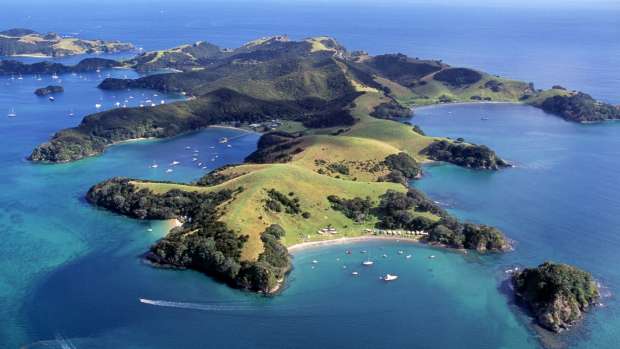 The Poor Knights group of islands, located north of Whangarei in the Northland region, are regarded as one of the top scuba diving destinations in the world. The islands, like most of Northland, are the remains of old volcanoes, and the underwater world of caverns, tunnels, arches, and cliffs is home to a diverse range of sea life. Because the islands are a marine reserve, fishing is prohibited, but if you don’t want to dive, there are plenty of other water activities to enjoy, like snorkeling, paddle boarding, swimming, and even boat tours. Whangarei and the Bay of Islands are closer and more comfortable than Auckland for organized visits to the Poor Knights.

Great Barrier Island is located in the outer Hauraki Gulf, northeast of Auckland, off the point of the Coromandel Peninsula. It’s the sixth-largest island in New Zealand, and it’s only a 4- to 5-hour ferry ride or a short flight away. Aucklanders flock to the isolated island for summer vacations. Seventy percent of the island is protected conservation land, the sea around it is a marine reserve, and it is one of the world’s ten Dark Sky Reserves. As a result, despite its proximity to Auckland, Great Barrier Island offers excellent astronomy opportunities.

The Goat Island Marine Reserve is centered on small Goat Island, which is located barely 300 feet off the coast of Auckland, near the small town of Leigh. The shallow, mild waters are ideal for snorkeling or simply observing fish swim around your feet from above. Scuba diving is also accessible, with introductory courses provided. In the summer, day-tripping Aucklanders flock to the Goat Island Marine Reserve, which was New Zealand’s first marine reserve.

Rangitoto, Auckland’s youngest volcano, can be seen clearly in the Auckland harbor. It is thought to have erupted roughly 600 years ago. From the Downtown Ferry Terminal, take a brief ferry to Rangitoto and enjoy hikes on the island’s well-kept pathways. It takes around two hours to walk to the summit and back, passing through boardwalks, pohutukawa trees, and lava fields. From the top, the views of Auckland city and the Hauraki Gulf are breathtaking. Because there are no amenities on the island, carry food and drink with you. Also, because Rangitoto is a pest-free reserve, wash your shoes before entering.

Tiritiri Matangi is a wildlife sanctuary and one of New Zealand’s most important conservation projects, located in the Hauraki Gulf. For nearly a century, the island was farmed, resulting in the extinction of most of the island’s indigenous plant life. Since the 1980s, significant efforts have been made to replace the original bush, and Tiritiri Matangi today contains roughly 60% forest and 40% grassland. Because there are no mammal predators on the island, rare tuatara lizards and takahe birds thrive. Tiritiri Matangi is accessible via ferry from Auckland’s downtown area.

Waiheke is the most developed of the islands on this list, with a population of about 10,000 people who use daily ferries to go to Auckland for work. It’s a great day trip or overnight getaway because it’s only 12 miles from downtown Auckland. The island’s many wineries (there are roughly 30 sprinkled over the hilly island), as well as other local food producers such as olives and honey, are key draws. Beaches, natural walks, and sailing excursions are among the other attractions. If you’re visiting during the summer, plan ahead of time because Waiheke Island is quite popular with locals.

Kapiti Island is an easily accessible island nature reserve off the Kapiti Coast, which runs northwest of Wellington. Only certified tour operators are permitted to transport passengers to the island, and trips are weather dependent. Birdwatchers will appreciate visiting Kapiti because it is home to coastal species such as shags and gulls, as well as forest birds such as tuis, bellbirds, kaka, and kereru. There are other walking trails on the island as well, including one to the summit of the 1,700-foot peak, which offers spectacular views.