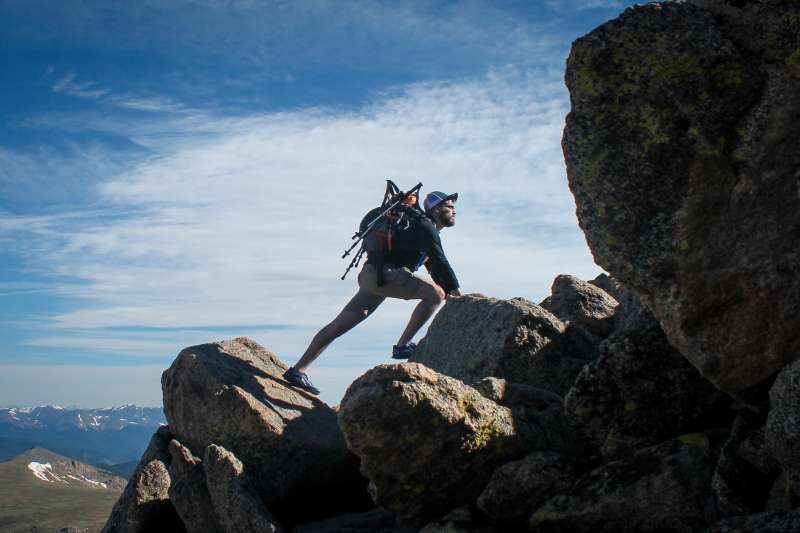 One of the most appealing aspects of rock climbing is that it can be done practically anyplace with a change in height. Rock climbing and bouldering are available in almost every country on the planet (climbing much shorter rocks without ropes.) As a result, Europe, with more than ten “big” mountain ranges and at least 100 lesser ones, is home to some of the world’s top rock-climbing sites. Climbers in the United States utilize the 5.0 to 5.15 grading system, but in Europe, things are a little different. The French scale is the most prevalent, with one being the easiest path. However, it doesn’t matter what system a destination employs as long as you know which paths are more difficult.

While rock climbing appears to be one of the most intense (and occasionally dangerous) sports on the planet, appropriate training and information can reduce the risk significantly. Professional climbers and rock climbing organizations create routes to the summit. Bolts and hardware are already installed on top-roping and sports routes. While you should always conduct your safety checks, the majority of prominent rock climbing places have organizations that ensure the routes’ integrity.

It’s difficult to find a list of the greatest climbing in Europe that doesn’t include the Dolomites, probably because the views from these Italian mountain summits are unrivaled. Beginners and occasional climbers will be able to occupy an afternoon to a month with sports and top-rope climbing routes. Climbers with more experience can choose from a selection of trade and bouldering routes. The via Ferrata at Lake Garda or Cortina can be climbed by anyone, and expert climbers can summit the Vajolet Towers.

While there are many places to stay for a few days, first-time tourists should base themselves in Bolzano for the finest combination of reasonable lodging and easy climbing.

Innsbruck is regarded as being one of the world’s most outdoorsy cities, with easy access to extreme activities. As a result, it’s an ideal spot for rock climbing. The Kletterzentrum Climbing Facility (where the Austrian national team trains), the Alles Klettersteig climbing school, and numerous budget climber-friendly hotels are just a few of the wonderful amenities available. Whatever type of climbing you prefer—sport climbing, multi-pitch, bouldering—you’ll find it in and around Innsbruck. Get an Innsbruck card to take advantage of free public transportation and other benefits.

Climbing is fantastic in Greece, both on the mainland and many of the country’s more than 200 islands. If you don’t have time to see several places, stay in Kalymnos. You can fly from Athens or take a ferry from Kos to get there. There are about 2,000 lead and top-rope climbing routes on the little island, as well as various climbing clubs and guiding companies. Climb Kalymnos offers basic classes, and professionals can hire world-class guides to lead them around the greatest areas.

The South of France is known for its luxury, but Les Calanques, a steep chain of mountains and ridges around Parc National des Calanques, is a great place to mix in a little rock climbing adventure. While climbers will discover routes of all levels (sport, trad, and bouldering), non-climbers in your party will have easy access to beaches, scuba diving, luxurious resorts, mountain biking, and much more nearby (Toulon and Cassis are less than an hour away.) All of the rock is limestone, which is a popular choice for sports climbers.

If northern Italy has great rock climbing, shouldn’t the nations surrounding it be worth a visit as well? Yes, especially if you get the opportunity to travel to Slovenia. Osp, the most well-known city in Slovenia for climbers, is located just east of Venice, over the border. Although it is not suitable for beginners, experienced climbers will find much to keep them entertained on the gigantic limestone structures, including opportunities to climb in massive cave overhangs. The majority of climbers stay in Trieste (Italy), however, Osp is only an hour from Ljubljana if you don’t want to cross the border every morning.

Despite their distant location, the Lofoten Islands attract a large number of climbers, demonstrating the quality of the climbing. The journey from Oslo takes several hours, but once you arrive, you’ll find yourself in an outdoor wonderland with climbing routes up magnificent towers and big granite cliffs. Across the islands, there are over 1,500 multi-pitch, trad, and sport routes. Svolvaergeita is the most well-known climb here, a beautiful rock pillar with routes for advanced and beginner climbers equally, despite its frightening appearance.

If you want to try a range of climbing styles and rock types in one easy-to-navigate location, head to Corsica. Corsica, located off the coast of Rome (albeit it is part of France), provides rock climbing and bouldering at a variety of locations throughout the island. While the majority of the routes are best suited to expert climbers, there are enough beginner climbs to keep you busy for a whole day. The tafoni formations in granite rock are particularly famous in Corsica. The swiss-cheese-like formations are popular among climbers because they provide great natural grips on difficult overhangs and bouldering routes.